Central actors in the Arctic and Antarctic

In terms of Finland’s arctic politics, the Arctic Council is the most significant operator.

The Arctic Council is an intergovernmental forum of eight arctic countries promoting sustainable development and the protection of the environment in the arctic region. 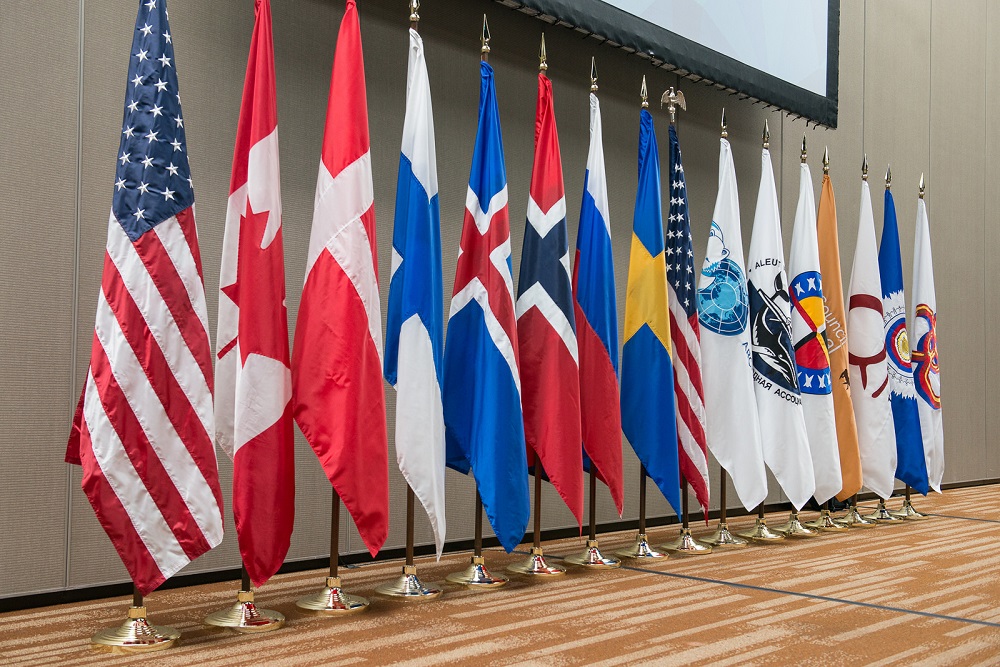 The Arctic Council was established in 1996 with the Ottawa declaration, based on the Arctic Environmental Protection Strategy signed in Rovaniemi in 1991. Photo: Arctic Council Secretariat

The purpose of the Arctic Council is to promote cooperation among the Arctic States and Arctic indigenous people especially in issues related to the protection of the environment and sustainable development.

The member countries of the Arctic Council are Finland, Sweden, Norway, Iceland, Denmark, the United States, Russia and Canada. 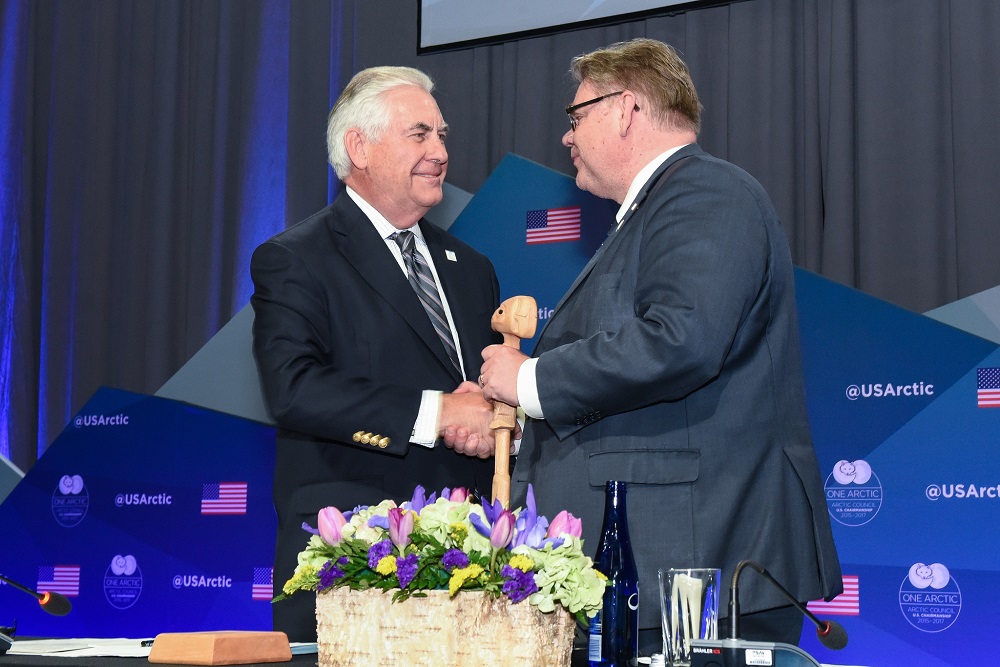 The Arctic Council has 38 observers. Observer status is open to non-Arctic states, along with inter-governmental and inter-parliamentary organisations as well as non-governmental organisations. Observers primarily contribute through their engagement in the Council at the level of Working Groups and by being present at all meetings.

The Arctic Council Secretariat is located in Tromsø, Norway. Also the secretariat of the organisations of the indigenous peoples is located there.

Most of the work is done in Working Groups

The work of the Council is primarily carried out in six Working Groups. They focus on the monitoring of the environment in the arctic region, the identification of pollution risks, the prevention of environmental accidents, the promotion of sustainable development, the conservation of the biodiversity and the special questions concerning arctic seas.

The Council may also establish Task Forces or Expert Groups to carry out specific work.

Working groups of the Arctic Council: 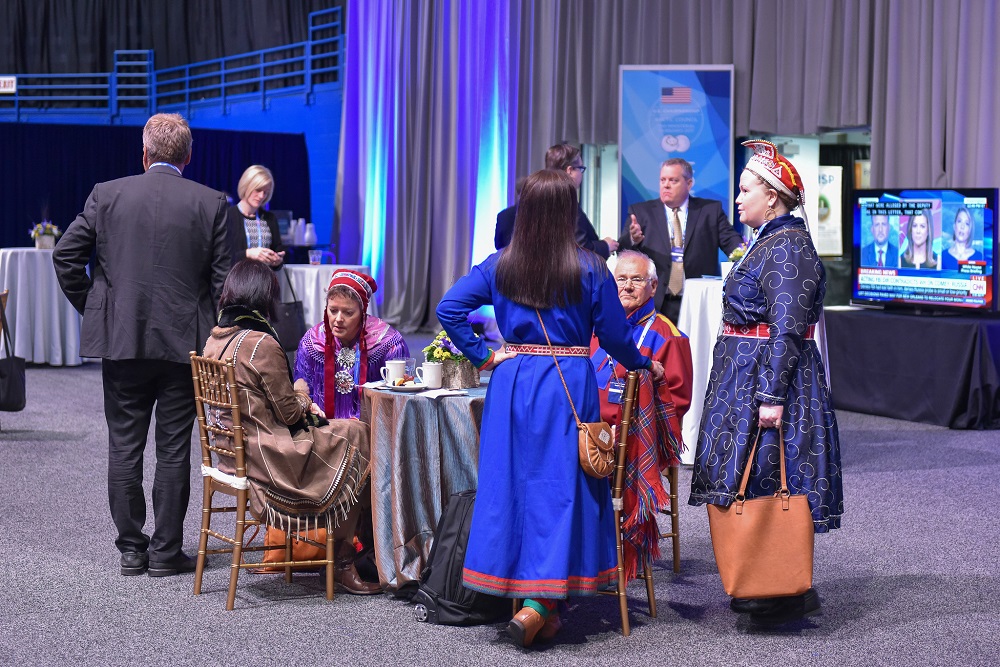 Organisations of Arctic indigenous peoples are permanent representatives in the Council and participate in the work of the Council on all levels. Photo:Arctic Council Secretariat/Linnea Nordström

Agreements which are legally binding to the member states have been negotiated by the Arctic Council. The Agreement on Cooperation on Aeronautical and Maritime Search and Rescue in the Arctic was signed in the Ministerial Meeting in Nuuk, Greenland, in 2011, and the second, the Agreement on Cooperation on Marine Oil Pollution Preparedness and Response in the Arctic in the Ministerial Meeting in Kiruna, Sweden, in 2013.

The Arctic Council celebrated its 20th anniversary in September 2016.

The Arctic Economic Council was founded based on the initiative of the Arctic Council during the Canadian Chairmanship (2013–2015). Companies and businesses are represented by three representatives from each of the eight arctic member countries and the six indigenous organisation members of the Arctic Council. The AEC reflects the focal areas of arctic business and acts as the most important cooperation channel between the Arctic Council and companies operating in the arctic region.

The Arctic Coast Guard Forum (ACGF) is an independent, non-political cooperation forum of the operative coast guard authorities of the arctic states. The Arctic Coast Guard Forum was founded in the United States in 2015. All the eight arctic countries participate in its work (Iceland, Norway, Finland, Sweden, Denmark, the United States, Canada and Russia).

The central goals of the Arctic Coast Guard Forum include the intensification of cooperation in maritime safety in the arctic area and the sharing of best practices between the member countries as well as with other operators. In addition, the Forum seeks to enforce the recommendations of the Arctic Council.

Finnish Chairmanship of the Arctic Coast Guard Forum in 2017–2019

The operations of the Finnish Border Guard’s Chairmanship were implemented through the Arctic Maritime Safety Cooperation (SARC) project.

The Protection of the Arctic Marine Environment (PAME) Working Group of the Arctic Council has established the Arctic Marine Shipping Best Practices Information Forum to promote the execution of the Polar Code. The Polar Code is a code of the International Maritime Organization (IMO), which entered into force in 2017. Its regulations are aimed at the improvement of the safety of shipping in the polar regions and the reduction of environmental risks and harmful effects to the environments.

The information forum distributes information about the requirements of the Polar Code to arctic shipping operators and those affected by the shipping. Sharing of information takes place in various areas, from search and rescue operations to the structure and equipment of vessels. In addition to member countries, permanent participants and observers of the Arctic Council, relevant professional organisations can apply for membership.

The Arctic Council has established the Arctic Offshore Regulators Forum in order to improve the safety of offshore oil drilling and to prevent the spoiling of the sea by oil.

The members are authorities of the arctic countries, Finland being represented by the Finnish Transport Agency(layout.types.url.description) (Opens New Window). External regulatory organisations may also be accepted as members.

Read more about cooperation in the Barents area