The 2030 Agenda and the SDGs apply to all countries of the world. States have the primary responsibility for the implementation of the 2030 Agenda, but attaining the goals requires wide participation from local government, private sector, civil society and citizens, too.

The 2030 Agenda includes 17 different goals that are related to sustainable development. These goals are to be met by 2030.

Finland is committed to reaching them both at home and in its international cooperation. Finland’s development cooperation supports this commitment.

What matters are pursued?

The 2030 Agenda aims at sustainable development in the economic, social and environmental dimensions. Eradicating extreme poverty is at the heart of all efforts. Besides a Political Declaration and the SDGs, the 2030 Agenda consists of a plan for the means of implementation and a follow-up and review mechanism.

It includes 17 goals and 169 targets in all. Progress is monitored by means of over 200 global indicators, supplemented by States’ own national indicators.

All countries have committed to promoting the 2030 Agenda in its entirety. The principle is that no one will be left behind in development.

Finland supports the implementation of the goals also in developing countries

Finland strives to consistently support the implementation of the 2030 Agenda in all its actions both at home and internationally. The priorities of Finland development policy are in line with the SDGs and promote their implementation. Finland’s main priorities include enhancing the rights and position of women and girls, and strengthening democracy and good governance.

In the implementation of the 2030 Agenda, general foreign and security policy and trade policy also play a central role. As a Member State of the European Union, Finland, for example, promotes the improvement of labour legislation everywhere in the world and, in international trade negotiations, takes into account the market access of products that are important for developing countries.

In its climate policy, Finland works for the implementation of the Paris Agreement and contributes to international climate and environment finance, which supports environmentally sustainable development and vulnerable countries’ adaptation of climate change. Finland supports research in the field and investment in clean energy solutions. 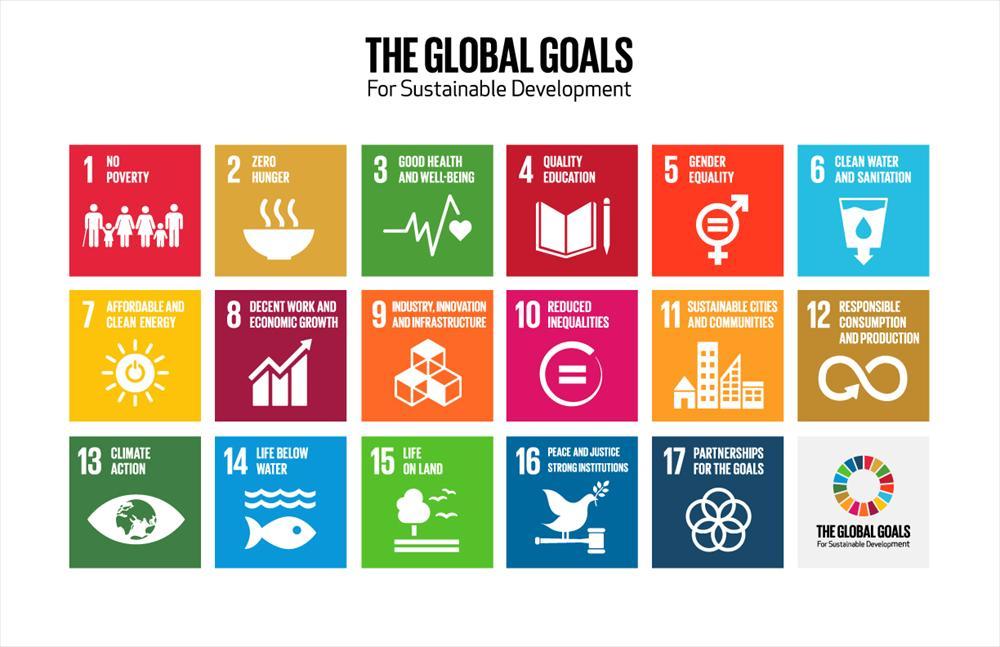 How does the implementation of the 2030 Agenda show in Finland?

Finland has been one of the frontrunners in the implementation of the 2030 Agenda. One of the practical tools is Society's Commitment to Sustainability, through which Finland has gathered stakeholders from different fields to promote common goals.

A government report on the implementation of the goals is submitted to Parliament every four years. The first one was submitted in 2017 and the most recent one was submitted in October 2020Link to another website.. The report to Parliament discusses the actions that the Government has taken in respect of each of the 17 SDGs both in Finland and globally. The means, through which the implementation of the goals is monitored and assessed, are also described.

The Government reports on the progress also to the UN. In 2016, Finland became one of the first countries to present its Voluntary National Review (VNR), that is, to report on its plans regarding the implementation of the 2030 Agenda to the UN.  In July 2020, Prime Minister Sanna Marin presented Finland's 2030 Agenda Voluntary National ReviewLink to another website. to the UN, focusing on the successes and challenges in 2016–2020.

The VNR gives a comprehensive overview of the assessments of progress on SDGs by the Government and civil society actors.  Various stakeholders were widely involved in the preparation of the report. Finnish cities, companies and the research community as well as the Association of Finnish Local and Regional Authorities, Åland, the Sámi Parliament, and the Parliamentary Committee for the Future, for example, contributed to the text.

Read more: Finland reports on sustainable development to the UN.

One of the key matters to be resolved in order to achieve the SDGs is related to the question of what kind of practical solutions are found and how they are funded.  This requires reliance on science, technology and innovations and mobilisation of both public and private funding to support them. Both national and international support is needed.

An important aspect is that each country assumes responsibility for their own development and for increasing their national resources. Official development assistance (ODA) continues to play a significant role especially in supporting the least developed and fragile countries. The relevance of the private sector’s corporate social responsibility will increase.

With the 2030 Agenda, the UN Member States have committed to the implementation of the SDGs by means of finance and other instruments. The most important practical actions are commitment to develop taxation, to fight corruption and to combat illicit financial flows. It is also important that political decisions made independent of each other will work consistently towards achieving the SDGs.

An agreement on financing for and on other means of implementing the 2030 Agenda were adopted in Addis AbabaLink to another website.(Opens New Window), Ethiopia, in 2015.

How were the sustainable development goals established?

The SDGs are a result of a long negotiation process in the UN.  The 2030 Agenda brings together international action plans that are related to human development and to environmental and climate questions.

The SDGs are partly a continuation of the so-called Millennium Development Goals (MDGs)Link to another website.(Opens New Window). The success in reaching the MDGs, adopted in 1999, was assessed in 2015. The results were good: for example, in global terms, extreme global poverty halved and over two billion people got access to safe drinking water. However, development was not distributed evenly.

On the other hand, the 2030 Agenda is also based on agreements made in international climate talks. The first of them was the United Nations Framework Convention on Climate Change (UNFCCC), adopted at the Rio Conference on Environment and Development in 1992.

An agreement on the SDGs was made in 2015 and on the indicators to monitor progress in their implementation the following year. In the negotiations, Finland stressed removal of inequality, the human rights based approach, gender equality, sexual and reproductive health and rights, the link between peace, security and development, the globe’s carrying capacity, and the fact that the 2030 Agenda applies to all countries.