Exercise of influence through international organisations is an important part of Finland’s foreign policy. Finland is an active member of many organisations, such as the Council of Europe (CoE), the Organization for Security and Co-operation in Europe (OSCE) and the United Nations (UN).  Finland has also joined the NATO Partnership for Peace (PfP) and is engaged in diverse forms of cooperation with the organisation in order to develop its national defence capability. 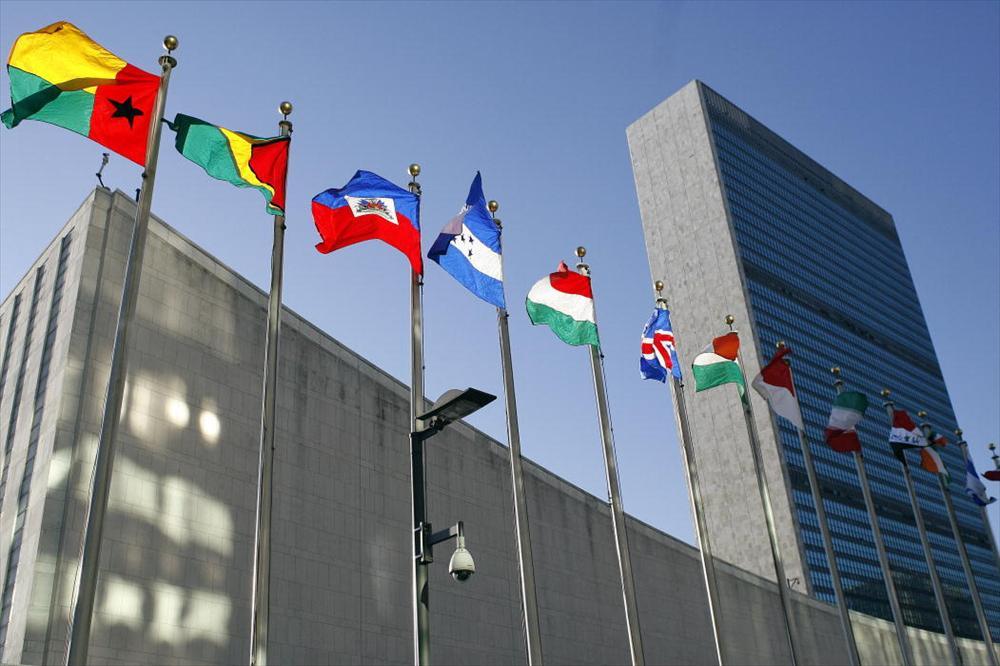 The United Nations is the most central channel of multilateral cooperation for Finland. Photo: UN Photo

The significance of the Council of Europe for foreign and security policy is essentially based on its geographical coverage and capacity to prevent crises.
The Council's core idea is that a state governed by the rule of law that respects democracy and human rights is stable and capable of solving even serious conflicts without falling into a crisis or a war.

Finland wants to develop the Council of Europe as an umbrella organisation for the whole Europe, which works in close cooperation with the European Union and the Organization for Security and Co-operation in Europe (OSCE).

The organisation has decided that all its functions must support the promotion of democracy, human rights and the rule of law. This is fully in line with Finland's objectives.

Finland endorses the fact that the Council of Europe concentrates on its core tasks and has consistently sought to strengthen the organisation's human rights role and to contribute to the operation of the European Court of Human Rights.

Finland supports measures that ensure the proper functioning of the Council of Europe's independent monitoring mechanisms and the activities of the Commissioner for Human Rights.

Finland has been among the ones in the front line in nearly all topical human rights issues that have been raised in the Council of Europe, especially in the promotion and development of matters related to the most disadvantaged groups, women, children, the Roma, and sexual and gender minorities.

Finland has also supported these specific sectors in the Council of Europe's activities by means of voluntary contributions.

﻿The Organization for Security and Co-operation in Europe

The Organization for Security and Co-operation in Europe (OSCE) is one of the largest regional security organisations in the world with 57 participating States spanning the geographical region from Vancouver to Vladivostok.

The OSCE's strength lies in its wide concept of security: the organization emphasizes not only politico-military security but also the critical significance that human rights and democracy and economic and environmental issues have on security. The activities of the OSCE are based on the Helsinki Final Act, signed in 1975.

Finland has been known for its support of the OSCE since the creation of the organization. According to Finland, the organization can effectively promote European security and stability, respecting the jointly agreed commitments and principles.

In the recent years, Finland has played a prominent role in the promotion of mediation and the improvement of women's position.

In addition, Finland is active in matters related to arms control and supports the OSCE's strong role in the efforts to resolve the Ukraine conflict.

Finland is a notable provider of project funding to the OSCE. The most central themes in recent years' project cooperation have been, among other things, support of civil society and democracy development and the promotion of minorities' and women's position.

Geographically, the focal areas have been the poorest countries in Central Asia (Tajikistan, Kyrgyzstan) and in East Europe (Ukraine in particular).

Finland is one of the biggest voluntary contributors to the OSCE's most important human rights instrument, the Office for Democratic Institutions and Human Rights (ODIHR).

Finland seconds staff to OSCE field operations and positions in its Secretariat in Vienna and, annually, sends 25 to 40 election observers to the OSCE election observation missions.

The United Nations (UN) is the most central channel of multilateral cooperation for Finland.  As a Member State of the UN, Finland is committed to participating in the maintenance of international peace and security and in a peaceful resolution of conflicts.

Commitment entails cooperation aiming at the resolution of economic, social, cultural and humanitarian problems and work to promote human rights and to develop international law. In accordance with the concept of comprehensive security, all these principles support international peace and stability.

Finland joined the UN in 1955 and, over the years, has played a more important role in the world organisation than its size would suggest. Finland has participated in the UN's peacekeeping operations starting from the late 1950s and is called a great power in peacekeeping.

The UN's role among international crisis management actors is central. Finland will support the UN also in the future by means of participating in operations led and authorised by it. Finland supports the development of the UN's peacekeeping operations also by means of training.

The North Atlantic Organization (NATO) was established in 1949. It is a multilateral political and military alliance and a key actor advancing transatlantic and European security and stability.

NATO’s purpose is to guarantee the freedom and security of its members through political and military means. Its core tasks include collective defence and deterrence, crisis management, and cooperative security together with other organisations and countries.

Finland’s partnership with NATO is guided by the Finnish Government Programme and national foreign, security and defence guidelines. In accordance with them, Finland conducts sustained and mutually beneficial cooperation with NATO.

The main objective of the partnership is to develop military capabilities and interoperability for the needs of national defence and international crisis management. Finland and NATO are also engaged in regular political dialogue on security policy themes that are of interest to both parties in order to strengthen common security. This dialogue allows Finland to advance its own foreign, security and defence policy objectives.

Finland has participated in NATO PfP cooperation since 1994. In addition, Finland joined the Euro-Atlantic Partnership Council (EAPC) in 1997. In 2014, Finland was one of the advanced partners invited to join NATO’s Enhanced Opportunities Programme (EOP), which is a useful instrument for Finland in maintaining and developing its NATO partnership. In addition to participating in the EOP, Finland promotes closer cooperation between NATO, Finland and Sweden (29+2).

In practice, political interaction between Finland and the other partner countries takes place through various cooperation forums in NATO. From Finland's point of view, the most important forums are meetings dealing with crisis management operations and the 29+2 cooperation, which covers also discussion about questions related to the security of the Baltic Sea region.