Arms control aims to limit the number of weapons and to regulate their use by virtue of bilateral or multilateral agreements or arrangements. Disarmament, on the other hand, aims at the elimination of entire weapon system categories. The spread of weapons of mass destruction (WMDs) poses a serious threat to international security. 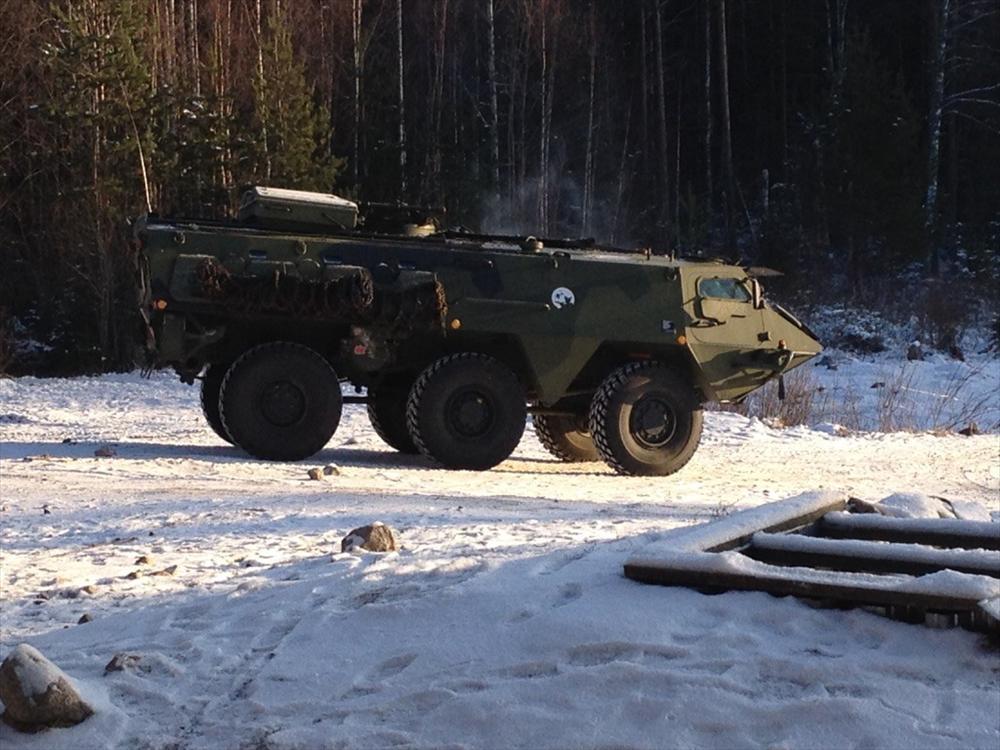 Arms control and disarmament are linked with the implementation of concrete human rights and humanitarian law and a part of security policy.

Arms control agreements are supplemented by international export control cooperation, which has intensified in the recent years and which has become an increasingly relevant aspect of the fight against terrorism and human rights work.

Through its own actions, Finland seeks to strengthen the international arms control agreements and arrangements. Finland contributes actively to the promotion and support of the implementation of international processes related to disarmament and combat against the proliferation of WMDs.

As concerns the international Arms Trade Treaty (ATT), Finland works to increase the number of the signatory and ratifying countries.

Resolution 1540, issued by the UN Security Council in 2004, obliges the Member States  to refrain from providing any form of support to non-State actors that attempt to acquire WMDs. The resolution obliges States to develop their criminal legislation and to increase international cooperation to prevent the proliferation of WMDs. The Member States must introduce effective export and trans-shipment controls of nuclear, chemical and biological weapons, their means of delivery, and related materials.

Under the joint project concerning the implementation of Resolution 1540, initiated by Finland and the Stimson Center in 2006, efforts have been made to promote interaction between states offering and in need of assistance. The aim is to identify the shortcomings that make states vulnerable to the proliferation of WMDs and to find appropriate solutions. Addressing problems common to the developing countries also helps improve these countries' capacity to prevent the proliferation of WMDs.

Finland has joined all the central arms control agreements. They are:

The Treaty on the Non-Proliferation of Nuclear Weapons (NPT), which aims to prevent the spread of nuclear weapons and to promote cooperation in the peaceful uses of nuclear energy and to further the goal of achieving nuclear disarmament. The NPTestablishes a nuclear safeguards system under the responsibility of the IAEA.

Finland has supported, for example, the International Atomic Energy Agency's (IAEA) development of nuclear safeguards over many years through a special voluntary support programme. Finland has also supported efforts to find a diplomatic solution to Iran's nuclear programme.

The Comprehensive Test Ban Treaty (CTBT) seeks to prevent all nuclear tests worldwide. It prohibits any nuclear weapon test explosion or any other nuclear explosions. The Treaty will enter into force when all States Parties have ratified it. Finland actively supports activities that contribute to the entry into force of the Treaty.  The preparation process includes, among other things, a comprehensive observation network. One of the seismic stations (International Monitoring System, IMS) is FINES in Sysmä in Central Finland.

The Hague Code of Conduct against Ballistic Missile Proliferation (HCoC) is the first worldwide instrument to prevent the spread of long-distance missiles. The purpose of the politically binding HCoC is to use confidence building measures to complement and strengthen the existing security systems and regimes focusing on disarmament and the prevention of proliferation of WMDs. The HCoC seeks to limit the development of ballistic missiles, their testing, use and proliferation. It does not prohibit the ownership of missiles nor their use in the outer space for peaceful purposes.

The Chemical Weapons Convention (CWC) prohibits the development, production, use and transfer of chemical weapons aims at their elimination everywhere in the world. Finland takes a number of actions to support the ratification of the CWC.

The Finnish Institute for Verification of the Chemical Weapons Convention, VERIFIN, funded by the Ministry for Foreign Affairs, is one of the leading laboratories specialising in the analysis of chemical warfare agents. VERIFIN also offers training in analytics for chemists from developing countries and the authorities in the national implementation of the CWC. VERIFIN and Finland have contributed significantly to the destruction of Syria’s chemical weapons programme.

The Biological and Toxin Weapons Convention (BTWC) prohibits the use, development, production and stockpiling of biological weapons and means of their delivery.  The Convention does include neither an implementation organisation nor verification methods binding on the States Parties to monitor compliance.

The Global Health Security Agenda (GHSA), launched in February 2014, is a programme that brings together several policy areas to promote health security globally. The GHSA is intended to run for five years and focus on the prevention of infectious diseases, and rapid detection of and response to biological threats.

The GHSA seeks to bring the matter high on political agendas and to strengthen national and international cooperation and exchange of information in the area of health security. In addition to the major international organisations (WHO, FAO, OIE, Interpol, World Bank and the EU) more than 40 countries participate in the initiative at the moment.

As for infectious diseases, it is important that countries have a sufficient preparedness system and capacity to detect, isolate and treat illnesses. Finland participates actively in the work of the international community responding to the global health and biological threats through the GHSA. Finland joined the GHSA when it was established and chairs the GHSA Steering Group in 2015.

The EU Strategy against the proliferation of WMDs

Finland participates in several different political initiatives created in the past few years to prevent WMDs' falling into the hands of terrorist groups.  These include the Global Partnership under G7, Proliferation Security Initiative (PSI) and Global Initiative to Combat Nuclear Terrorism (GICNT). Finland will host the GICNT Plenary Meeting in 2015.

Conventional arms refer in principle to all other arms categories except weapons of mass destruction. Arms such as mortars, mines, tanks, lasers, space weapons or autonomous weapon systems (so-called killer robots) are dealt with on conventional arms forums. The key agreements concerning conventional weapons are: 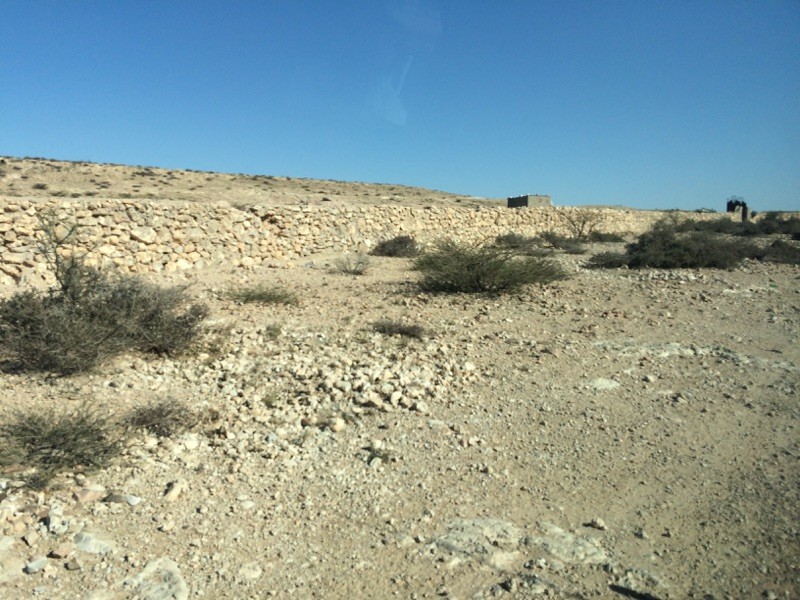 Minesweeping is carried out in difficult conditions. Photo: Jukka Pajarinen

The Convention on Prohibitions or Restrictions on the use of Certain Conventional Weapons (CCW) prohibits and limits the use of conventional weapons that can be deemed to be excessively injurious or to have indiscriminate effects.
The Convention includes five Protocols and Finland has acceded to all of them.

In the framework of the CCW discussion is under way on autonomous weapon systems (so-called killer robots). It is important that the technological development is taken into account in the discussion on arms control and disarmament. Autonomous weapons raise a long list of questions covering technical, operative, ethical and legal issues.

The Ottawa Treaty on the full prohibition of the use, stockpiling, production and transfer of anti-personnel mines and their destruction has proved its effectiveness - in practice, anti-personnel landmine markets have withered away and the number of mine victims has turned down.

Finland complies with all the obligations of the Ottawa Treaty to which it committed at the time of accession and anti-personnel mine storages will be destroyed by 2016. The assistance obligation is fulfilled by supporting humanitarian mine action. 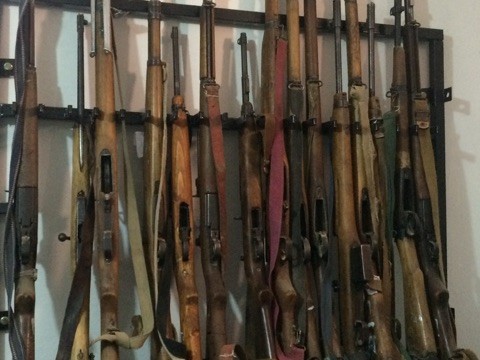 One of the aims of the Arms Trade Treaty is preventing illegal arms trade. Photo: Jukka Pajarinen

The Treaty lays down provisions on arms transfers related to export, import, transit, trans-shipment and brokering activities. The Treaty is the first international treaty to regulate legal trade in conventional arms.  The Treaty also seeks to prevent illicit trade in arms especially by means of ensuring that only authorised end users are entitled to import arms.

The Treaty is based on strong arms licensing criteria that are related to international humanitarian law and human rights, and which include the concept of gender-based violence. The ATT is the first international document that recognises the concept.

The UN Programme of Action to Prevent, Combat and Eradicate the Illicit Trade in Small Arms and Light Weapons in All Its Aspects is a political declaration and an important first step in international efforts aiming at the reduction of human suffering caused by the illicit trade and misuse of small arms and light weapons. The ATT is a positive addition to the SALW action. Finland supports the objectives of the Programme of Action through development cooperation projects.

The OSCE Document on Small Arms and Light Weapons (SALW) aims at the prevention of the uncontrolled spread of SALW and the security problems caused by it. The politically binding SALW document does not have a juridical status, but its strength lies in its comprehensive coverage.

The document includes more far-reaching provisions on the marking and disposal of arms and the control of brokering, export and production of arms than, for example, the corresponding UN Programme of Action. Finland has consistently supported efforts to strengthen the OSCE SALW regulations.

The EU Strategy to combat illicit accumulation and trafficking of SALW and their ammunition seeks to prevent the uncontrolled spread and illicit trade in SALW and their ammunition. The EU SALW Strategy's Action Plan is flexible and open to changes in the international security environment. The EU countries' Foreign Ministers review the implementation of the SALW Strategy biannually.

The Firearms Protocol is a protocol to the United Nations Convention against Transnational Organized Crime (so-called Palermo Convention). It focuses, in particular, on the illicit trafficking in firearms but also includes provisions on the legal transfer of arms.  The Protocol deals with international crime, such as drug dealers' and terrorists' small arm arsenals. The Protocol lays down provisions on export licences or authorizations, registers, exchange of information between the authorities, and markings on firearms at the time of manufacture and in connection with export and import.