Based on its foreign and security policy, Finland contributes to international crisis management as part of the international community's burden-sharing and common security building. The participation benefits Finland's international relations and shows that Finland wants to play a role in the resolution of international problems.

The objective of crisis management is to create stability, alleviate human distress and lay down preconditions for development in areas affected by a crisis.

At the same time, efforts are made to prevent conflicts' escalation. In a world of intensive interdependencies, crises have widespread repercussions.

Finland stresses the comprehensive approach to crisis management. It means, among other things, that its effectiveness is increased by means of developing the mutual coordination and complementarity of military and civilian crisis management, and development cooperation and humanitarian aid.

Finland takes an active part in international civilian crisis management. The objective is to promote development towards respect for the rule of law and human rights, democracy, good governance and a well-functioning civil society in the target regions.

The Ministry for Foreign Affairs is responsible for the political guidance of civilian crisis management, and decides in which operations Finnish experts participate. The costs from the participation are covered from the Foreign Ministry's budget.

The Ministry of the Interior is responsible for the maintenance, development and coordination of the national preparedness of civilian crisis management in Finland.

The Crisis Management Centre (CMS), a centre of excellence which reports to the Ministry of the Interior, takes responsibility for the training of civilian experts and the recruitment of staff to operations.

The tasks of the operations may also include monitoring of peace or ceasefire agreements and the promotion of minority issues and democracy. It is increasingly common that operations involve a more extensive reform of the target country's security sector (the army, the police, the border guard, the customs).

The activities range from surveillance and training tasks to different deputising functions in the public authorities, such as the police or the judiciary. 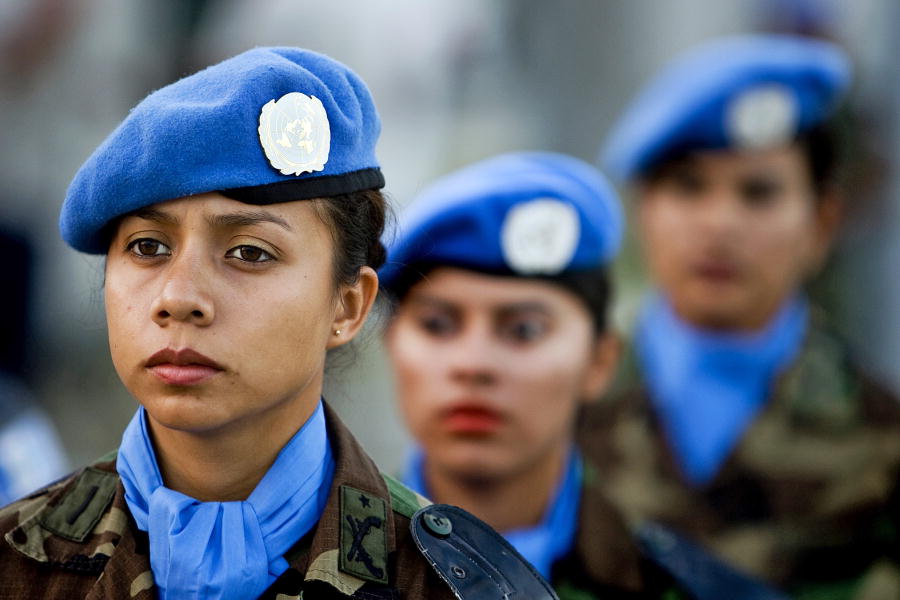 Finland has also seconded civilian experts to NATO missions, such as the office of the NATO civilian representative in Afghanistan. Finnish civilian crisis management experts are serving also in, for example, EU, OSCE and NATO secretariats.

In relation to the population, Finland seconds more staff to civilian crisis management operations than any other EU member state. Furthermore, Finland seconds some 100 personnel annually to election monitoring operations conducted by the EU and the OSCE.

Finland has participated in international peacekeeping starting from the 1950s. At the moment, Finland is contributing to eleven military crisis management or military observer operations.

In terms of geography, the key areas are the Middle East, Afghanistan and Africa.

Finland's biggest crisis management contingent serves in the UN-led UNIFIL operation in Lebanon. Finland has also contributed substantially to the NATO Resolute Support Mission (RSM) in Afghanistan and, since 2015, pledged advisory troops to the international coalition to counter ISIL in Iraq.

Contribution to international military crisis management is an important part of the international burden-sharing. The participation strengthens the national defence capability, too. Experience gained in demanding circumstances develops the personnel's level of expertise.

The operations involve more and more other than military elements. The tasks are often linked to society's reconstruction and maintenance of stability.  In the UN's peacekeeping operations, the need of policemen has grown rapidly.

Crisis management is the most conspicuous entity in the EU's Common Security and Defence Policy(Link to another website.) (Opens New Window) (CSDP). Since 2003 the EU has launched some 30 military and civilian crisis management operations. The activities have contributed to stabilisation mainly in Europe, the south-eastern neighbourhood and Africa. At the moment, 10 civilian and six military operations are under way.

Information about different operations from the website of the Finnish Defence Forces(Link to another website.) (Opens New Window).

EU battlegroups have been fully operational from the beginning of 2007; two battlegroups on stand-by for a six-month period at a time. The objective is that, if necessary, the Union would be able to despatch battlegroups to two different crisis management operations simultaneously.

Rapid response means that battlegroup formations can be in the joint operations area within 10 days following a Council decision to launch the operation.  The operations' maximum duration is up to 120 days.

Nations volunteer to the EU battlegroup roster like to the Union's crisis management operations in general and each member state has the right to decide about its contribution nationally.

Finland supports crisis management in which attention is paid also to the materialisation of economic, social and cultural rights. This will provide the most disadvantaged people opportunities for housing, education and health care services.