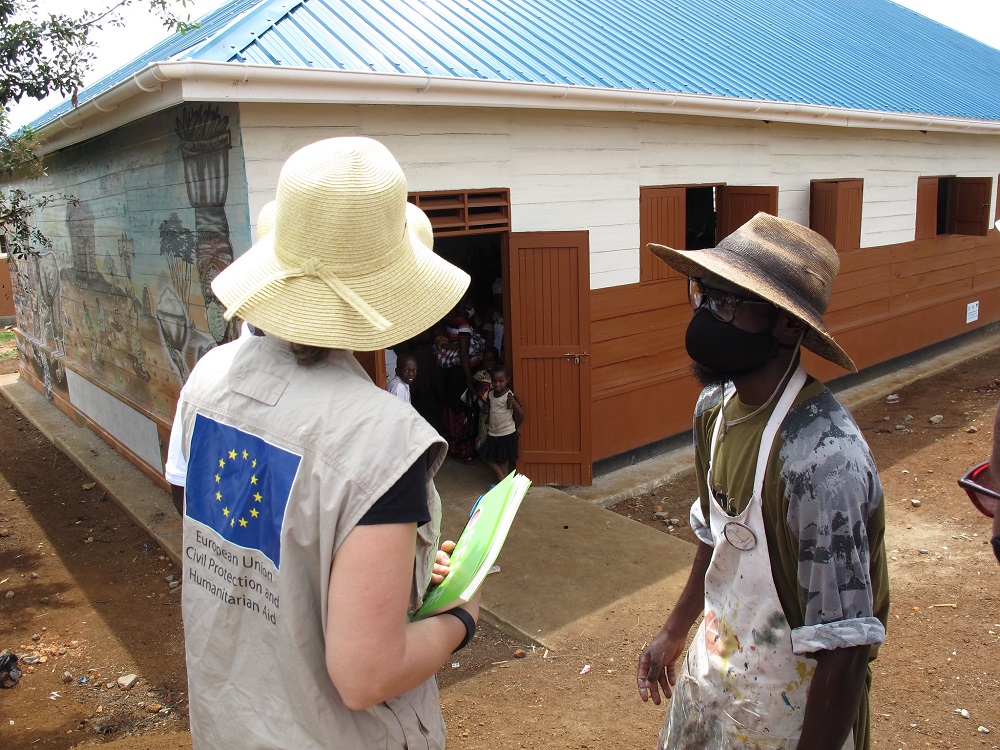 The European Union has supported the construction of a refugee reception facility, completed in the Eastern Congo in 2021. Photo: Mathias Eick / EU.

Development policy is a part of the EU’s Common Foreign and Security Policy (CFSP). Finnish and EU development policy have largely coinciding goals, such as the promotion of human rights, democracy and good governance, and both are increasingly directing assistance to the least developed and fragile countries.

In 2017, the EU and its Member States signed a statement on EU development policy, called the European Consensus on Development. Its primary goal is poverty eradication. The Consensus is based on the UN 2030 Agenda and the Sustainable Development Goals (SDGs).

﻿﻿﻿As an EU member state, Finland supports development in different parts of the world

The Member States agree between themselves about the common practices and principles that give guidance to the implementation of development policy in all EU Member States. Finland plays a part in this process.

What is achieved through EU development cooperation?

The European Commission presents the achievements reached by 2019 in its Annual Report on the implementation of the EU’s External Action instruments, which was published in 2021. For example, the EU:

﻿How does Finland participate in the EU’s decision-making?

Finland seeks to play a role at different levels to bring questions regarded important by Finland to the fore in EU development policy.

In Finland, the Unit for Development Policy at the Ministry for Foreign Affairs is primarily responsible for preparative work and coordination of the national positions related to EU development policy and for communications about these to Parliament.

The European Commission's Directorate-General for International Partnerships (INTPA) and the European External Action Service (EEAS) are responsible for the formulation of European development policy and for delivering aid. The EU has 140 missions in different countries across the globe. They are responsible for the management and monitoring of the EU’s development cooperation projects in the partner countries.

In 2021–2027, development cooperation will be funded through the Neighbourhood, Development and International Cooperation Instrument (NDICI - Global Europe). Finland’s support for the programme in 2021–2027 amounts to EUR 79.5 million. The annual sum varies between EUR 12 and 15 billion.

Finland and the European Union are working together in the Rural Village Water Resources Management Project (RVWRMP) in Nepal. Finland’s contribution to the project is EUR 20 million in 2016–2022