The special status of the Åland Islands

The self-governing province of the Åland Islands lies off the southwest coast of Finland. Åland is an autonomous, demilitarised, Swedish-speaking region of Finland. Åland consists of more than 6,700 islands, but the current population of over 30,000 live on only 60 islands. Over 40 per cent of the inhabitants live in the only town, Mariehamn, which is one of Åland’s 16 municipalities. 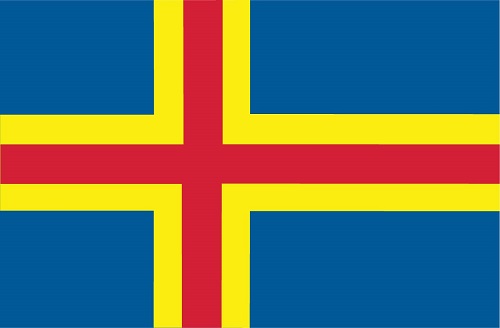 Åland is demilitarised. This means that there may be no miltary presence in the province and the islands may not be fortified. Åland is also neutralised, and must therefore be kept outside the threat of war in case of conflict.

The National Land Survey of Finland has by request of the Ministry for Foreign Affairs delimited the demilitarised and neutralised area of the Åland Islands defined by the Convention relating to the Non-Fortification and Neutralisation of the Aaland Islands (Treaty Series 1/1922) by using a modern coordinate system.

The technical delimitation of December 2012 has been performed on the basis of proposals of a working group set up by the Ministry of Justice in 2005. The delimitation allows the demilitarised zone to be drawn on maps.

Åland was, along with Finland, a part of the Kingdom of Sweden but became part of the Grand Duchy of Finland in 1809 when Sweden was forced to relinquish Finland and Åland to the Russian Empire.

In 1917, when Finland gained its independence, the representatives of Åland’s municipalities decided to seek reunion with Sweden. Finland rejected the Ålanders’ demands and Parliament attempted to solve the problem by adopting an Autonomy Act for Åland in 1920.

Ålanders refused to accept it, and since the question of Åland’s status seemed to be leading to open conflict between Finland and Sweden, it was referred to the newly formed League of Nations.

The League of Nations granted Finland sovereignty over Åland in 1921. Finland was placed under an obligation to guarantee to the population of the islands their Swedish culture, language, local customs and the system of self-government.

Åland had become demilitarised as a result of the peace negotiations in Paris in 1856 after the Crimean War. When the sovereignty issue was solved by the League of Nations in 1921, the demilitarisation of 1856 was confirmed.

The convention also neutralised Åland. The demilitarisation was confirmed in the 1947 Paris Peace Treaty.

One hundred years of Åland’s autonomy

This year marks 100 years of Åland’s autonomy. The anniversary will be celebrated and remembered in a variety of ways. The province’s jubilee year will begin on 9 June 2021 and will culminate on 9 June 2022 with the centenary of Åland’s Parliament.

The Prime Minister’s Office is participating in the preparations for the jubilee year in close cooperation with the jubilee organisation and other operators. In addition to the national events, Åland’s autonomy will be celebrated at Finland’s diplomatic missions around the world.

Parliament of the Åland Islands

Parliament passes laws in areas relating to the internal affairs of the region and exercises its own budgetary power. The parliament distributes the budget for Åland. The income consists of Åland’s own revenues and a lump sum received from the Finnish Government, which constitutes a form of repayment of a part of the taxes paid by Åland to the Finnish state.

The Åland Parliament has the right to pass legislation on

Finnish state law applies in the areas in which the Åland Parliament does not have legislative powers:

Åland has one representative in the Finnish Parliament to ensure that Åland’s interests are also taken into account in these areas.

Right of domicile in the Åland Islands

Right of domicile is acquired at birth if it is possessed by either parent. Immigrants who have lived in Åland for five years, are Finnish citizens and have an adequate knowledge of Swedish may apply for the status..

Those who have lived outside Åland for more than five years lose their right of domicile.

Right of domicile in Åland is a requirement for the right to:

The Åland Government can grant exemptions from the requirement of right of domicile for those wishing to acquire real estate or conduct business in Åland.

Language rules in the Åland Islands

Swedish is the only official language in Åland. This means that the regional, municipal and state authorities in the Åland Islands use Swedish. According to the Act on the Autonomy of Åland, all communication between the Government of Finland and Åland authorities must be conducted in Swedish.
Furthermore, all communication between native-speakers of Finnish and Åland authorities must take place in Swedish. However, Finnish citizens are entitled to use Finnish in their personal matter before a court of law or other central government authorities in the Åland Islands.

The special status of the Åland Islands in the EU

When Finland became a member of the European Union in 1995, the Parliament of Åland expressed, in accordance with the Autonomy Act and after two separate referendums, its consent to Åland’s membership of the EU. Åland’s relationship with the Union is regulated in a protocol containing special provisions for purchasing of real estate and the right to conduct business in Åland, thus confirming Åland’s special status under international law.

The Åland protocol also states that Åland shall be regarded as a third territory with respect to indirect taxation, which enables the sale of tax free goods to passengers travelling between the Åland Islands and other EU Member States, even though the tax exemption in the traffic between EU Member States ended as of 1 July 1999.

The Contact Group between the Ministry for Foreign Affairs and the Government of Åland was established in 1998 by decision of the then Foreign Minister Tarja Halonen. The Contact Group was established for developing and increasing the use of the Åland Example in international contexts, and for increasing awareness about the province and contacts with it also otherwise.

Report: The Contact Group between the Foreign Ministry and the Åland Government 20 years(layout.types.url.description) (Opens New Window) (full report in Swedish)