Finland is among the first countries to have drawn up an action plan for its foreign policy on climate change. The declared aim is to mainstream climate change into all levels of foreign policy and to promote a global transition towards low emission and climate resilient societies. 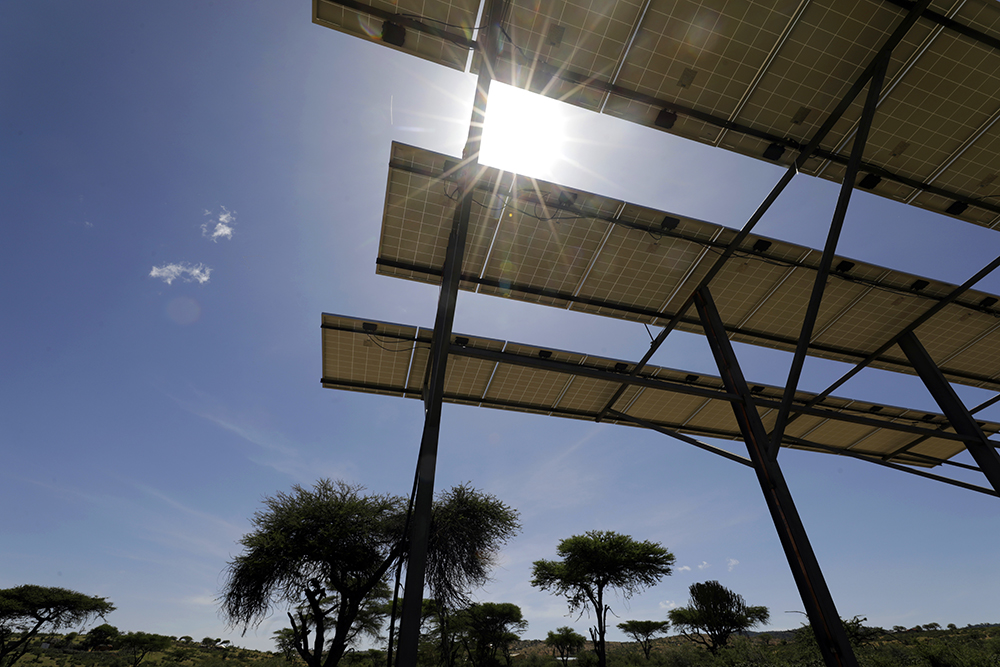 A solar panel drives the pump in a water sector project in Kenya. Photo: Liisa Takala.

In climate change mitigation and adaptation, Finland is one of the world’s most ambitious countries: it strives to become climate neutral by 2035, aiming to be the world’s first fossil-free welfare society. As a global frontrunner, Finland is able to speed up climate action in the rest of the world by setting an example and also through practical cooperation.

Finland promotes climate objectives beyond its borders through diplomacy as a member of the European Union and also in cooperation with the Nordic countries, within the UN and in other international bodies.

Sustainable development, and climate change mitigation and adaptation have long been part and parcel of the trade policy pursued by Finland. Finland continues to actively advocate for climate issues in EU trade policy, during free trade agreement negotiations and in the WTO context, to name but a few. One of the key issues is the promotion of the global emissions trading scheme.

In the development policy field, Finland is funding climate change-related projects in the poorest countries of the world. Finland is determined to increase climate funding in an effort to achieve a balanced breakdown of the funds between climate change mitigation and adaptation. Support will be targeted at the least developed countries in particular. Finland will use investment-based and loan-based funding to effectively accelerate private sector investments in climate solutions.

Climate change is linked to security policy through phenomena such as natural disasters, migration, epidemics, and water and food security. Finland boasts a long experience in fields such as water resources management and transboundary water cooperation. Conflicts can be prevented by promoting a fair distribution of natural resources.

Excellence in meteorology and circular economy

Finland’s foreign missions play a key role in the country’s climate smart foreign policy, communicating effective climate solutions and promoting Finnish expertise in the climate field. Circular economy, the battery industry and the meteorology sector are some of the fields in which the climate solutions produced by Finnish companies and other players have a global demand.

On the other hand, Finland’s climate smart foreign policy will facilitate the adoption of global trends and approaches as part of the Finnish climate debate.

In its own Environmental Programme, too, the Ministry for Foreign Affairs seeks to take measures that promote energy efficiency and environmental friendliness. These internal objectives have to do with the practices, mobility issues, acquisitions and properties of the Ministry in both Finland and in its diplomatic missions around the world. Finland’s mission to Washington was, for example, the first Embassy in the United States to have achieved the highest level of recognition in the esteemed Leadership in Energy and Environmental Design (LEED) certification that measures the energy efficiency and environmental friendliness of buildings.