In 2019, the Department for Africa and the Middle East of the Ministry for Foreign Affairs commissioned two Finnish development policy studies on Africa. This study deals with megatrends in Africa. The authors are Professors Petri Pellikka and Mikael Mattlin from the University of Helsinki, Dr. Leena Vastapuu, from the Tampere Peace Research Institute and Dr. Emma Hakala, from the Finnish Institute of International Affairs. 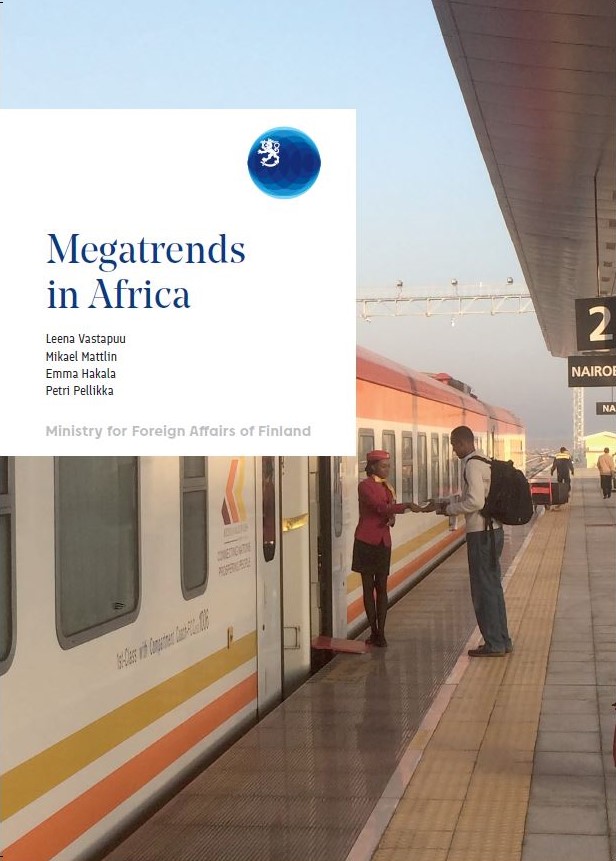 The reports are not academic research as such. The authors are academically qualified researchers, however, and they base their findings on academic studies. In this study, six major trends in Africa are defined as megatrends: population growth, climate change, urbanisation, migration, techno­logical development and democratic development.

Megatrends in Africa are deep and long-term transformation processes that are irreversible. They can and should be mitigated, but will inevitably require adaptation as well. The trends also have an element of foresight, in regards to how they are set to develop in the future.

All the megatrends are interlinked and affect each other. Population growth and climate change can be seen as mega-megatrends that have an especially strong effect on the other trends.

The study contains reports on all six megatrends, which are examined through a Pan-African lens. The study also includes a summary of all megatrends and the interaction of their effects.