The human rights situation in Finland will be under review for the third time on 1–12 May 2017 at the 27th session of the UPR Working Group (Universal Periodic Review, UPR) operating under the auspices of the UN Human Rights Council, meeting in Geneva. Finland's interactive dialogue on 3 May can be followed live online via a video link. 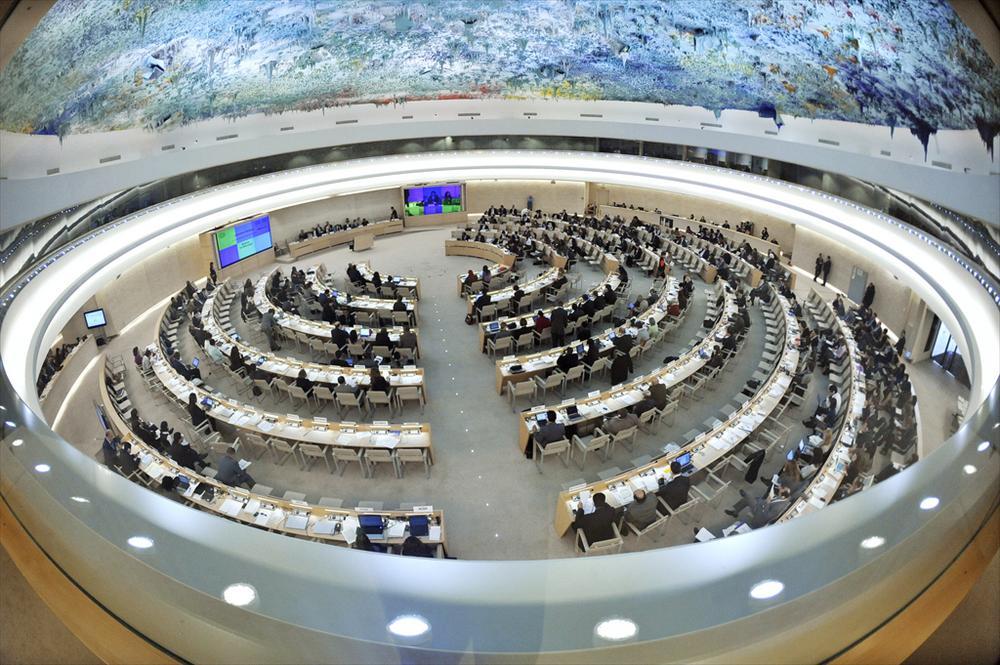 The Universal Periodic Review is a cooperative peer review mechanism created under the auspices of the UN Human Rights Council for conducting periodic reviews of the fulfilment of the human rights obligations and commitments by all UN Member States during an approximately four- year review cycle. All Member States’ human rights situation was reviewed during the first (2008–2011) and second UPR cycles (2012–2016). The UPR has in a short period of time developed into an international mechanism with significant political importance, complementing other UN human rights mechanisms.

The review will end when the Working Group’s report is approved at the 36th session of the Human Rights Council in September 2017. At that time at the latest, Finland must take a stand on the recommendations it has received. At this stage the national human rights institution and NGOs may participate in the dialogue and comment on the review and the recommendations given to Finland. Accepting a recommendation does not create a legal obligation; instead, it establishes a political commitment.

The Ministry for Foreign Affairs coordinates the drafting of the third national report and the preparations for the review of Finland. Successful completion of the UPR review is one of the priorities of Finland’s human rights activities in the near future. The project involves the entire Government and all branches of government will participate in the process.

In the preparatory phase, Finland builds on, for example, the following principles: openness; broad-based consultations; preparedness for a constructive dialogue and for self-critical assessments; and the importance of consistency and coherence between the national and international human rights policies. Finland also seeks to set an example for other countries by encouraging them to follow in their own reviews the principles we consider important.

The report examines the fulfilment of fundamental and human rights in Finland and the implementation of the recommendations accepted in the second UPR cycle (2012). In addition, the report provides an account of the achievements, best practices, challenges and limitations. Sections from the National Action Plan on Fundamental and Human Rights, which was under preparation at the same time, were used in drawing up the report. The annex describes in more detail the implementation of the recommendations of the previous cycle.

The second cycle of the UPR review began in May 2012. Its dialogues were completed in November 2016 at the UPR Working Group’s 26th session after the human rights situation of all UN Member States had been reviewed. The third UPR review cycle, which extends until 2021, will start in May 2017 and, Finland will be again among the first States to be reviewed.

The State to be reviewed prepares a concise report on the fulfilment of its human rights obligations and commitments at the national level, following the general guidelines adopted by the UN. Also the UN’s specialized agencies, programmes and funds, human rights rapporteurs, regional organisations, national human rights institutions and other agencies, including NGOs, may send material on the human rights situation of the State under review. The Office of the United Nations High Commissioner for Human Rights (OHCHR) collates preparatory documents for the review on the basis of the materials received from relevant stakeholders. The documents are published on the OHCHR’s website.

The actual dialogue is conducted in the Human Rights Council’s UPR Working Group, whose sessions in Geneva are open to all UN Member States. The general public may view the dialogues on the UN website. A group of three rapporteurs (a ‘troika’), selected through drawing of lots among Human Rights Council’s members representing the various groups of countries in the Council, assists during the review.

A three and a half hour interactive dialogue, where the human rights situation of the reviewed State is openly scrutinised, is held between the State under review and the other participating States. The delegation of the State under review has 70 minutes to present its oral report. The other States participating in the dialogue have 140 minutes divided equally among them. The three preparatory documents mentioned earlier form the basis for the dialogue.

The number of recommendations is growing overall

The report is approved at the next plenary session of the Human Rights Council at which stage the reviewed State has its final opportunity to state its position on the recommendations it has received. In this connection, 60 minutes is reserved for the reviewed State’s national human rights institution and NGOs to express their views and comment on the report and its recommendations. The States are responsible for implementing the recommendations they have accepted and must report to the Council on the progress of the implementation during the next review cycle.

Finland will also participate actively in the discussions and dialogues concerning other States under review by asking questions about their human rights situation and putting forward recommendations on how to promote human rights.

Finland’s first and second UPR review documents are available on the website of the Office of the United Nations High Commissioner for Human Rights.