<img src="http://seuranta.finland.fi/piwik/piwik.php?idsite=4&amp;rec=1" style="border:0" alt="">
Skip to content
Government and ministries Media
A Study Commissioned for Development Policy: Political and Economic Integration in Africa – and How Finland Can Support It?
Publications, 4.12.2019

A Study Commissioned for Development Policy: Political and Economic Integration in Africa – and How Finland Can Support It?

In 2019, the Department for Africa and the Middle East of the Ministry for Foreign Affairs commissioned two Finnish development policy studies on Africa. This study deals with political and economic integration in Africa, and how Finland can support it. The author is researcher Eva Nilsson from the Hanken School of Economics. 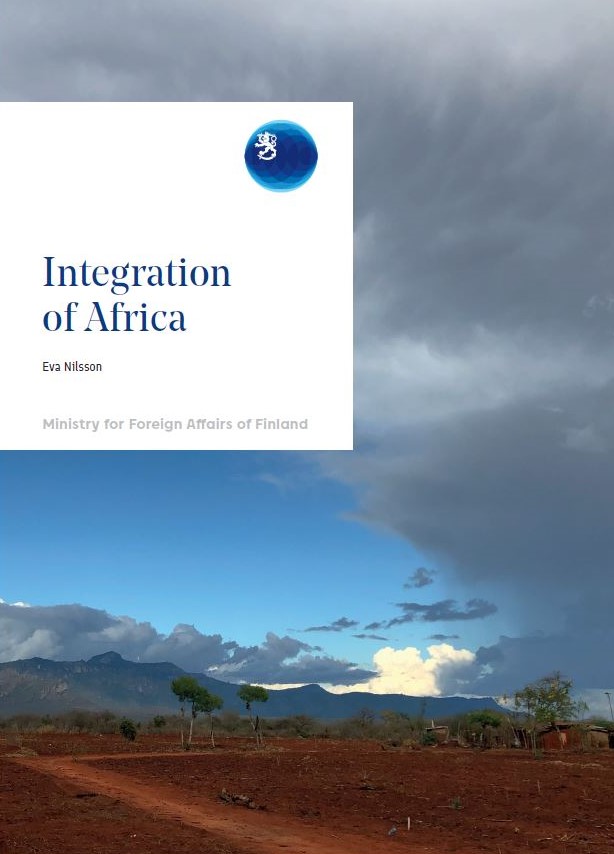 The reports are not academic research as such. The authors are academically qualified researchers, however, and they base their findings on academic studies.

The study discusses the current state and the future of political and economic integration in Afri­ca. It looks at political integration through the themes of govern­ance and peace and security and addresses institutional challeng­es and solutions in the relevant continental and regional organi­sations. Economic integration is addressed in light of the recent launch of the African Continental Free Trade Area (AfCFTA) and ongoing integration in the conti­nent’s regions.

Several divides overshadow integration in Africa. First, a di­vide between formal and informal politics is characteristic to the continent. There is a gap between formal policies and rhetoric and informal forms of integration. For example, a lot of informal intra-African trade, often done by women, is not part of official statistics about trade on the con­tinent.

Second, a deepening gap between democratic and author­itarian/anocratic regimes is di­viding the continent. This makes continental integration difficult both politically and economi­cally, at least in the short term. Therefore, supporting democratic development and integration on sub-regional and national levels is crucial as it forms building blocks for continental integration. The growing number of urban youth is likely to be a game changer for political development. However, in the short-run they might cause political instability.

Continental integration is to­day motivated strongly through Pan-Africanist ideology and find­ing “African solutions for African problems”. This motivation is hampered by dependen­cy on external financing, among other things.

The report is meant to support and strengthen Finland’s Africa policy, which is why it also includes recommendations for how to support further integration in Africa.