The Government prepares new report on changes in the current security environment, led by Minister for Foreign Affairs Haavisto

Following Russia’s invasion of Ukraine, a fundamental change has taken place in the security and operating environment of Finland and Europe. The Government has launched the preparation of a report assessing the foreign and security policy environment that has changed and the changing operating and security environment as well as their implications for Finland. 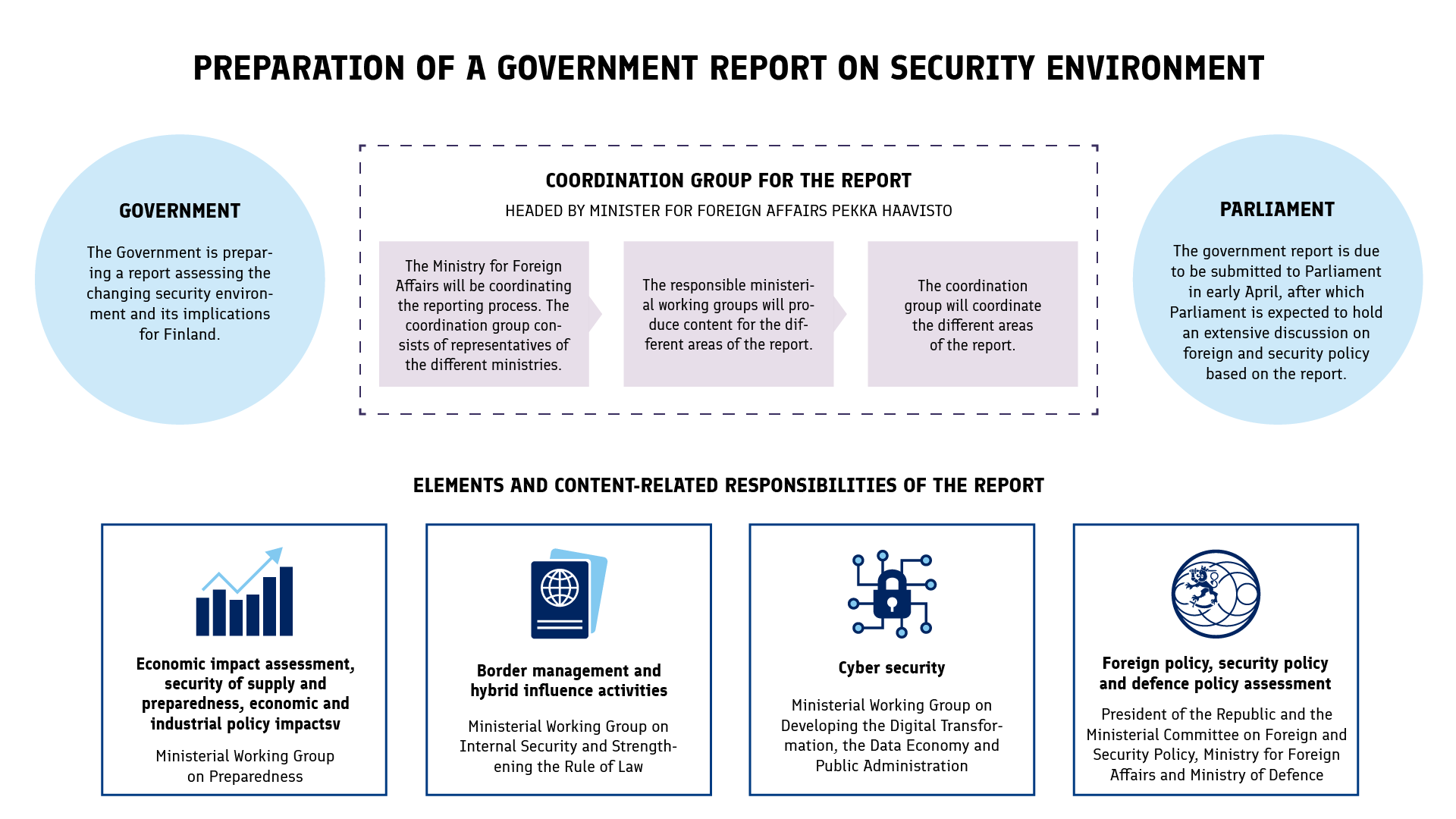 The report will discuss Finland’s foreign, security and defence policy, but also the economic impacts in the situation that has changed, security of supply, preparedness, border security, cyber security and hybrid influence activities.

The Government has appointed a coordination group to prepare the report, headed by Minister for Foreign Affairs Pekka Haavisto. The coordination group, led by the Foreign Minister, will coordinate the preparation of the various sections of the report concerning matters that fall under the competence of the administrative branches of several ministries. All ministerial groups will be represented in the coordination group.

The government report is due to be submitted to Parliament in early April. Based on the report, Parliament is expected to hold an extensive discussion on foreign and security policy.

Secretariat for the Government Report on Current Affairs: