A masterpiece of Finnish architecture: Finnish Embassy in New Delhi reopens after renovations

The five-year renovation project on the Finnish Embassy in New Delhi, designed by architects Raili and Reima Pietilä, is now complete. The reopening of the embassy was celebrated end of November, when Minister for Foreign Trade and Development Anne-Mari Virolainen officially inaugurated the renovated complex. 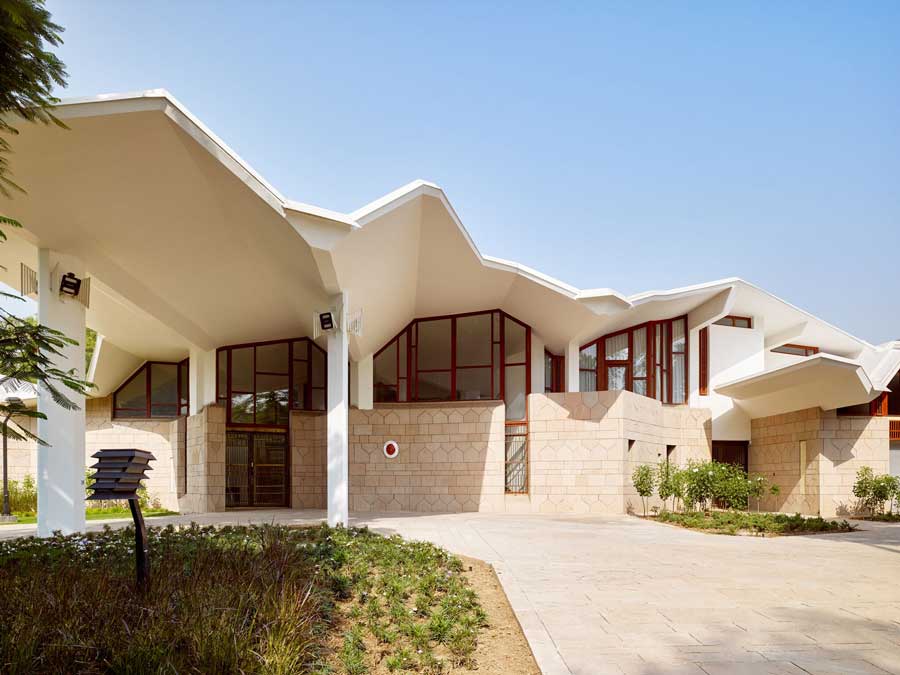 The Finnish Embassy in New Delhi was designed by architects Raili and Reima Pietilä in 1963. The Pietiläs’ design, which bears the name “Snow speaks on the mountains”, is a masterpiece of Finnish architecture that reflects both Finland and India. The focal point of the Embassy’s architecture is the shape of the roofs, which are reminiscent of the sculptures nature carves into ice during the freezing winter. This “art of winter” can be seen both in the Nordic countries and on the slopes of the Himalayas in India.

The Finnish Embassy in New Delhi is one of the most important of the Pietiläs’ works, alongside the Official Residence of the President of Finland (Mäntyniemi), and the Tampere City Library (Metso).

The actual construction of the Embassy in New Delhi began in the 1980s, and it was inaugurated in 1986. The passing of time and the challenging air quality in New Delhi had taken their toll over the years, however, so a sizeable renovation project was initiated in 2013. The renovations covered the entire embassy grounds and were led by Finnish architecture firm ALA Architects. The firm’s other current projects include, among others, the Helsinki Central Library (Oodi).

The Finnish Embassy is often cited as one of the most beautiful embassies in New Delhi. The compound comprises the Ambassador’s residence, the main office, the offices of the visa and immigration services, Business Finland’s premises, staff residences and a Finnish sauna.