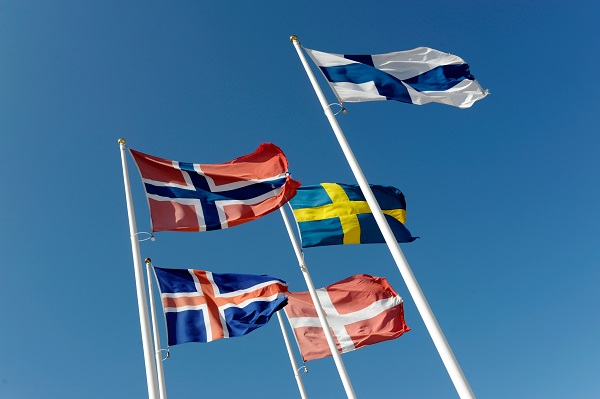 Nordic cooperation already has a history spanning more than 60 years, as the Nordic Council was established in 1952. Over the years, cooperation has evolved and undergone structural changes. Photo: Johannes Jansson/Norden.org

The Nordic countries share a joint history, a similar culture and societal system, and Nordic languages. The Nordic model is built largely on a tradition characterised by the strong rule of law, active popular movements and civil society organisations, freedom of expression, equality, solidarity and closeness to nature.

In other ministries, the ministers are assisted by public servants responsible for Nordic cooperation.

Nordic cooperation can be described as successful. The Nordic countries have been pioneers on many levels and have achieved results that the European Union has yet to reach.

The most important accomplishments of cooperation include the Nordic waiver of passport control, which was introduced in the early 1950s, the common labour market (1954), the language agreement (1981) and the agreement on social security (1982).

The base of cooperation is the Treaty of Co-operation between Denmark, Finland, Iceland, Norway and Sweden, i.e. the Helsinki Treaty (1962), which has been amended several times, most recently in September 1995.

The joint Nordic institutions – of which there are about 20 in the various Nordic countries – constitute an essential element of Nordic cooperation.

Located in Finland are the Nordic Investment Bank, the Nordic Project Fund, the Nordic Environment Finance Corporation, the Nordic Development Fund and Kulturkontakt Nord, the Nordic Culture Point in Suomenlinna as well as the Finnish branch office of the Nordic Centre for Welfare and Social Issues (NVC).

The Nordic Investment Bank (NIB) was established by the Nordic Council of Ministers; its membership has expanded to cover the Baltic states; Estonia, Latvia and Lithuania.