The Ministry for Foreign Affairs organizes annually a trip to a Finnish region for ambassadors and their spouses working in Helsinki. This year, on invitation of Mr. Pentti Mäkinen, Country Governor of South Savo the excursion was headed to the region of South Savo on June 7th to 8th. The purpose of the trip was to get acquainted with the South Savo economy and the opportunities that it offers for international economic and other co-operation. The excursion had three main themes; bio economy, alias forest industry, ecological farming and the tourism industry. 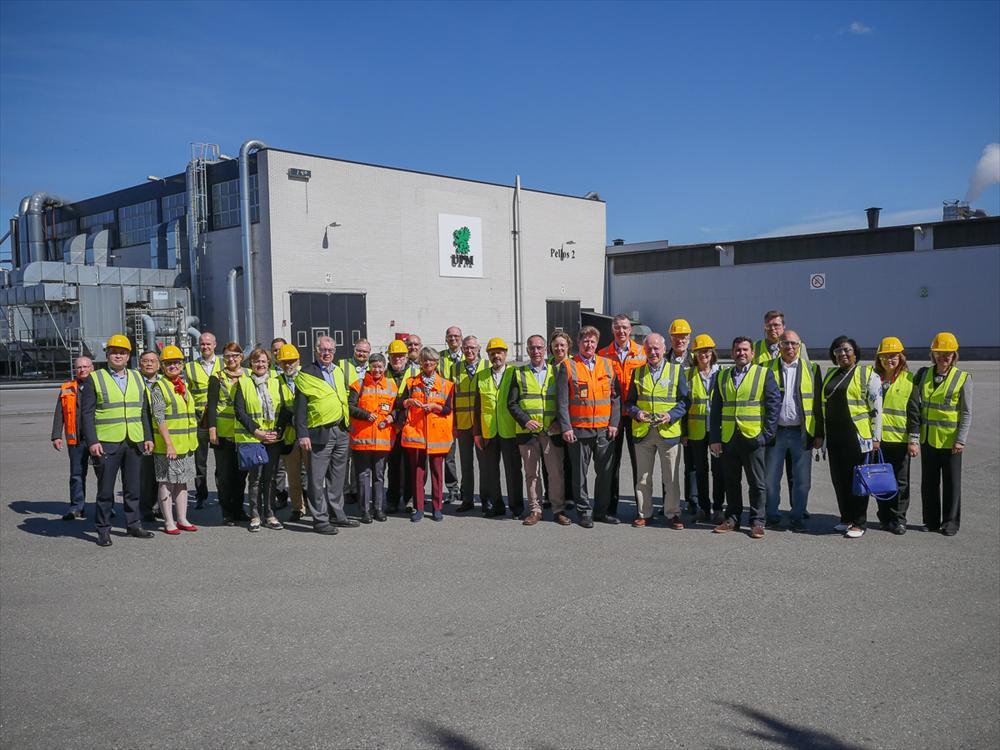 15 Ambassadors, some with their spouses joined the trip headed to  the cities of Mikkeli, Juva, Rantasalmi and Savonlinna. The first destination was an UPM Plywood Mill in Mikkeli. It is the biggest plywood mill in Europe situated on the lake Saimaa. Forest industry is one of the corner stones of both the Finnish and the South Savo economy and employment. The mill also produces bio energy. Mr. Timo Halonen, Mayor of Mikkeli joined the visit and gave a speech on the history of Mikkeli on board the bus during the trip to Tertti Manor in Mikkeli. 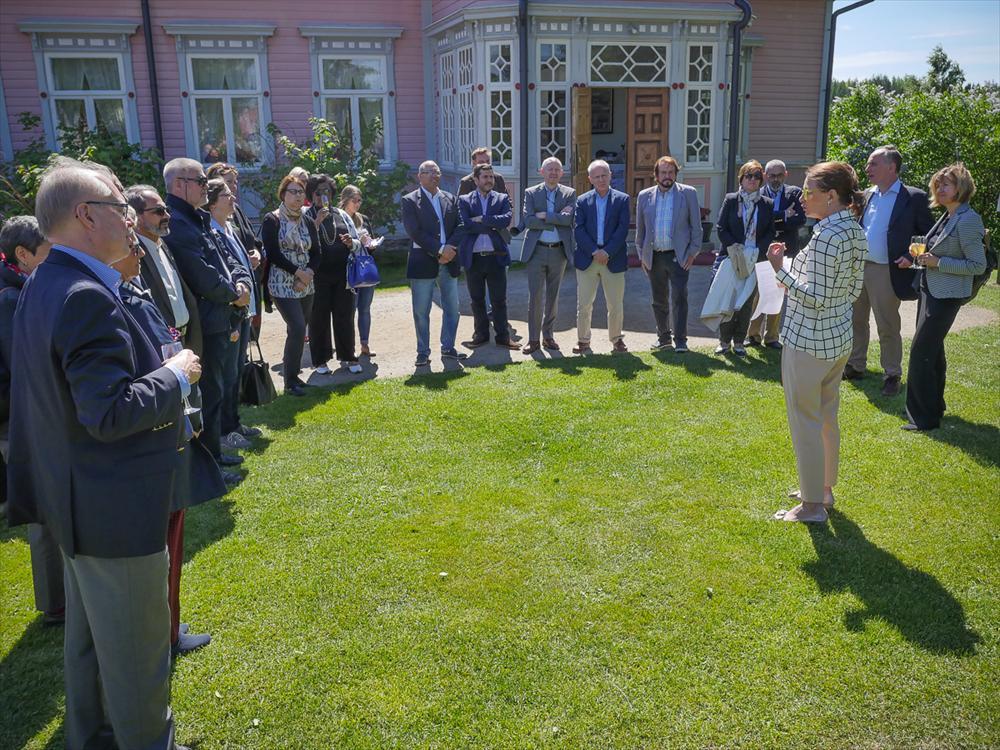 Ms Lenita Toivakka, Minister for Foreign Trade and Development hosted a luncheon at the Manor of Tertti in Mikkeli. Tertti Manor is a family farm that hosts a manor restaurant that offers locally produced food. The Manor also has a farm shop that sells farm goods, and it also has a hotel. 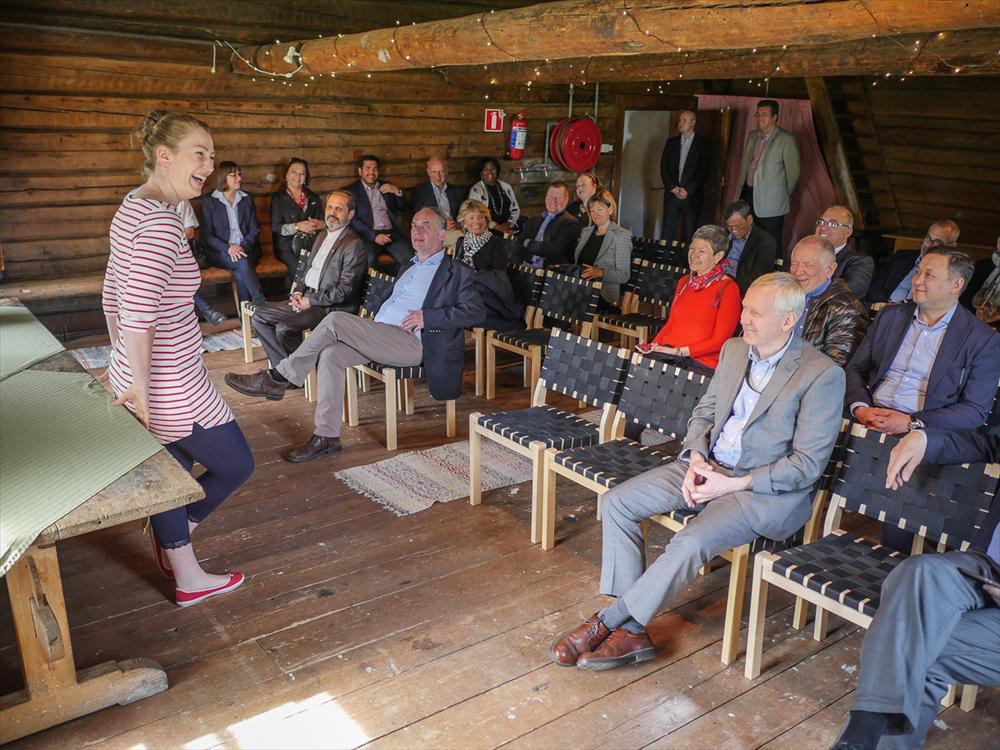 The next destination was Juva and Wehmais Manor that specializes in ecologically produced milk and hosts an ecological farming institute. The Manor is a family owned business that also houses a Tea House and a fashion shop called Butiken på landet. The Tea House of Wehmais Manor is the only English Tea House in Finland and Ms Grotenfelt whose business it is, is soon going to hold a special degree in tea knowledge. 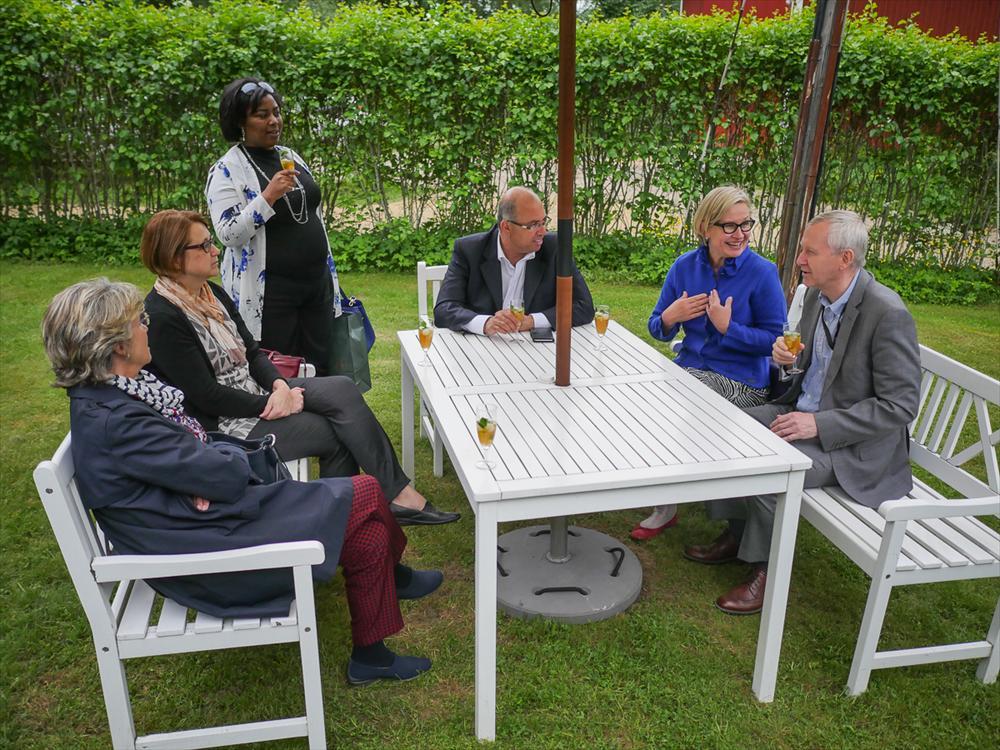 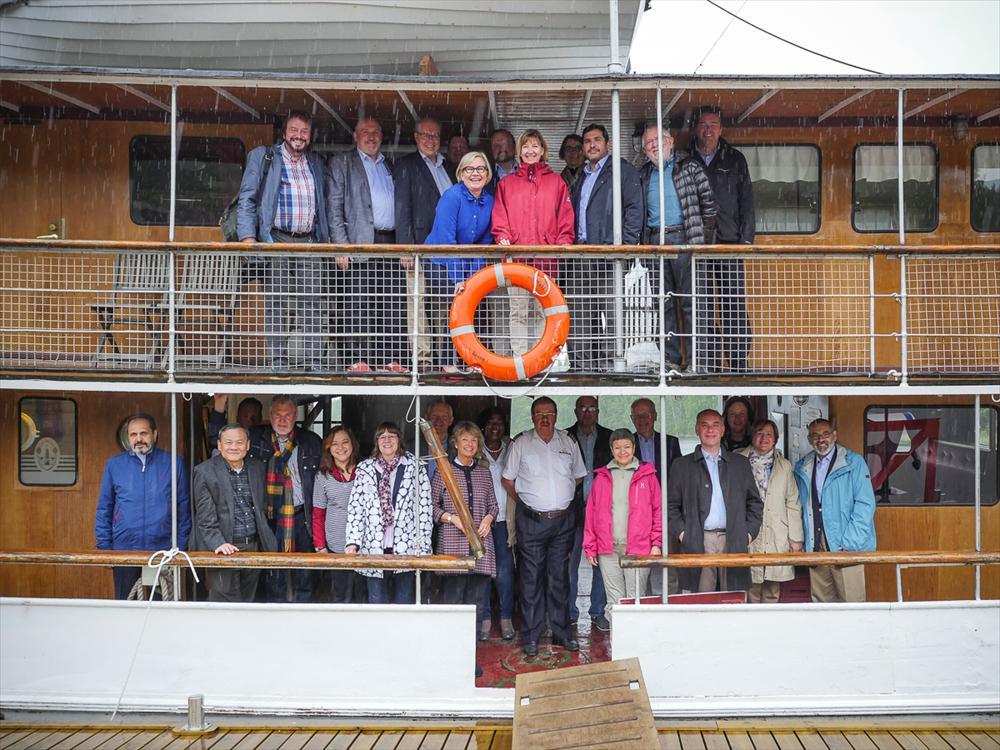 The Ambassadors travelled on a steam boat to Savonlinna. The weather was not the best, but the spirits were high. Photo: Jussi Lauren

A steam boat trip on the Lake Saimaa was a one of the high points of the visit. The local hosts of South Savo were present on the trip and interesting discussions took place during the trip. The final destination of the boat  was the city of Savonlinna, the home of the most famous Finnish Opera Festival, the Savonlinna Opera Festival. Ms Anna-Kristiina Mikkonen, Chair of the City Council and Mr Jarkko Wuorinen, President of South savo regional Government hosted a luncheon in medieval castle of Olavinlinna and gave an overview of the Savonlinna region and the Lake Saimaa. 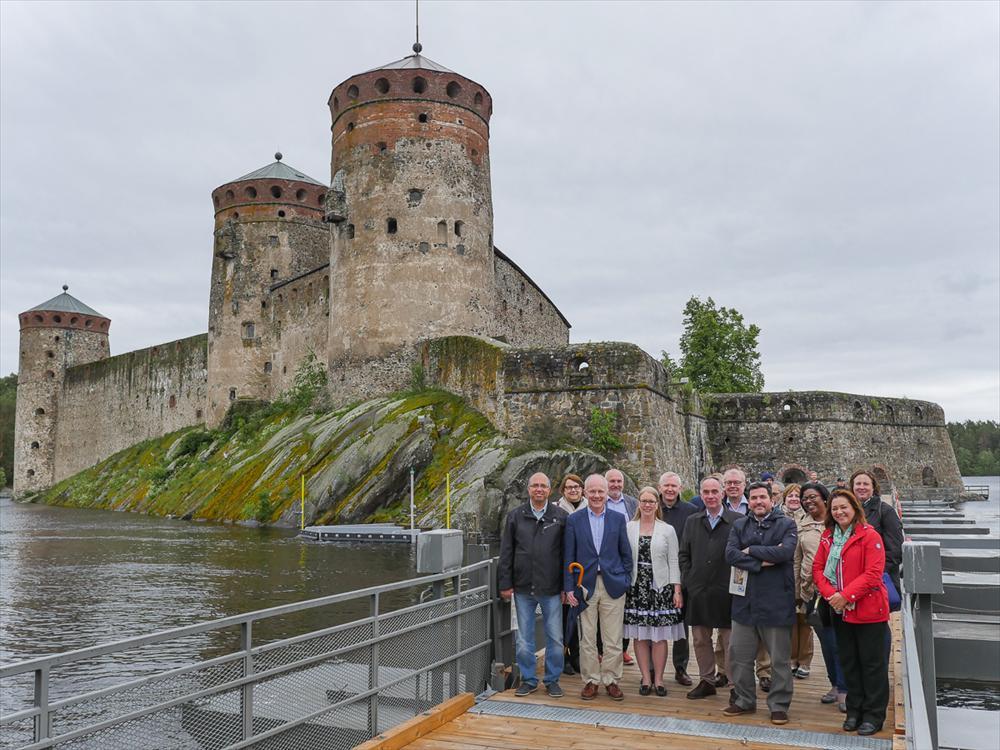 The Ambassadors in front of the medieval castle in Savonlinna with Ms Anna-Kristiina Mikkonen, Chair of the Regional Council of Savonlinna. Photo: Jussi Lauren