“Now I can realise my long-term dream of founding Niger’s first shelter for women who are victims of violence,” Mariama Moussa, Director of non-governmental organisation SOS in Niger. She will get the funds from the International Gender Equality Prize, which Finland awarded for the first time this year. 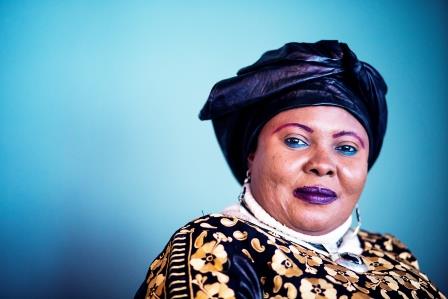 Mariama Moussa is helping girls and women who are survivors of violence. Photo: Ella Kiviniemi

Niger in West Africa ranks at the bottom in international gender equality indexes. There is one problem that stands out, however, and that is child marriages, says Mariama Moussa, Director of the SOS organisation in Niger. She knows what she is talking about: for two decades already, her organisation has been

and promoting the social status of women and children in Niger. Some progress has been achieved, but child marriages are still alarmingly common.

Moussa says that poverty is the driving force behind child marriages. Niger with about 19 million inhabitants is one of the world’s poorest countries. Marriage is seen to bring economic advancement – or at least security – for both the girl and her family. But there are also other reasons.

“The ignorance of parents, lack of education, and religious traditions all play a role. Children born outside marriage bring shame on the whole family, and parents want to avoid it by marrying their daughters at a very young age,” Moussa explains.

“Our organisation advocates for legislative amendments, among other measures, to address the problem of child marriages. The current legislation allows girls to marry when they are 15 years of age, whereas boys need to be 18. The bill has not yet been adopted,” Moussa says.

Mariama Moussa is a true pioneer of advocacy for women’s rights in Niger. Her own experience drove her to found the SOS organisation.

“My former husband was violent, but I refused to give up. When I wanted to continue my studies, he told me I had two options: stay at home to take care of our child or get a divorce. I divorced,” Moussa says. Later, she completed a higher degree in social work.

Over the years, she has seen how important her work is. SOS has now eight units across the country, and it employs a psychologist and a midwife, among other professionals, who help victims of violence. It works closely with the authorities, other civil society organisations, local decision-makers and religious leaders.

“Fifteen years ago, violence against women was still a taboo. Women were afraid and ashamed to talk about it. The founding of SOS broke that silence,” Moussa says.

“We have still a long way to go before we reach gender equality in Niger. To reach our goal, we really need a shelter for women and girls who have experienced violence. Now we can get it.”

Moussa’s work is a combination of social change and the stories of individuals. She was particularly moved by a case where her organisation was able to help two girls who were victims of incest. The man had been abusing his own daughter and his wife’s daughter for years and had children with both girls. People knew about it, but no one dared to act.

“Finally, the younger girl, who was 18 at the time, had enough. The two girls ran away but were caught by the police at the Niger border. On hearing the girls’ story, the police contacted the leader of the local community, who in turn contacted me. We took the girls in, gave them and their mother psychological support and helped them get into vocational training. Now, seven years later, the two girl are happily married, and they visit me like they would visit a grandmother.”