<img src="http://seuranta.finland.fi/piwik/piwik.php?idsite=4&amp;rec=1" style="border:0" alt="">
Skip to content
Government and ministries
Media Link to another website.(Opens New Window)
Chairmanship of the Arctic Council is a golden opportunity for Finland to strengthen our international position
News, 29.8.2017 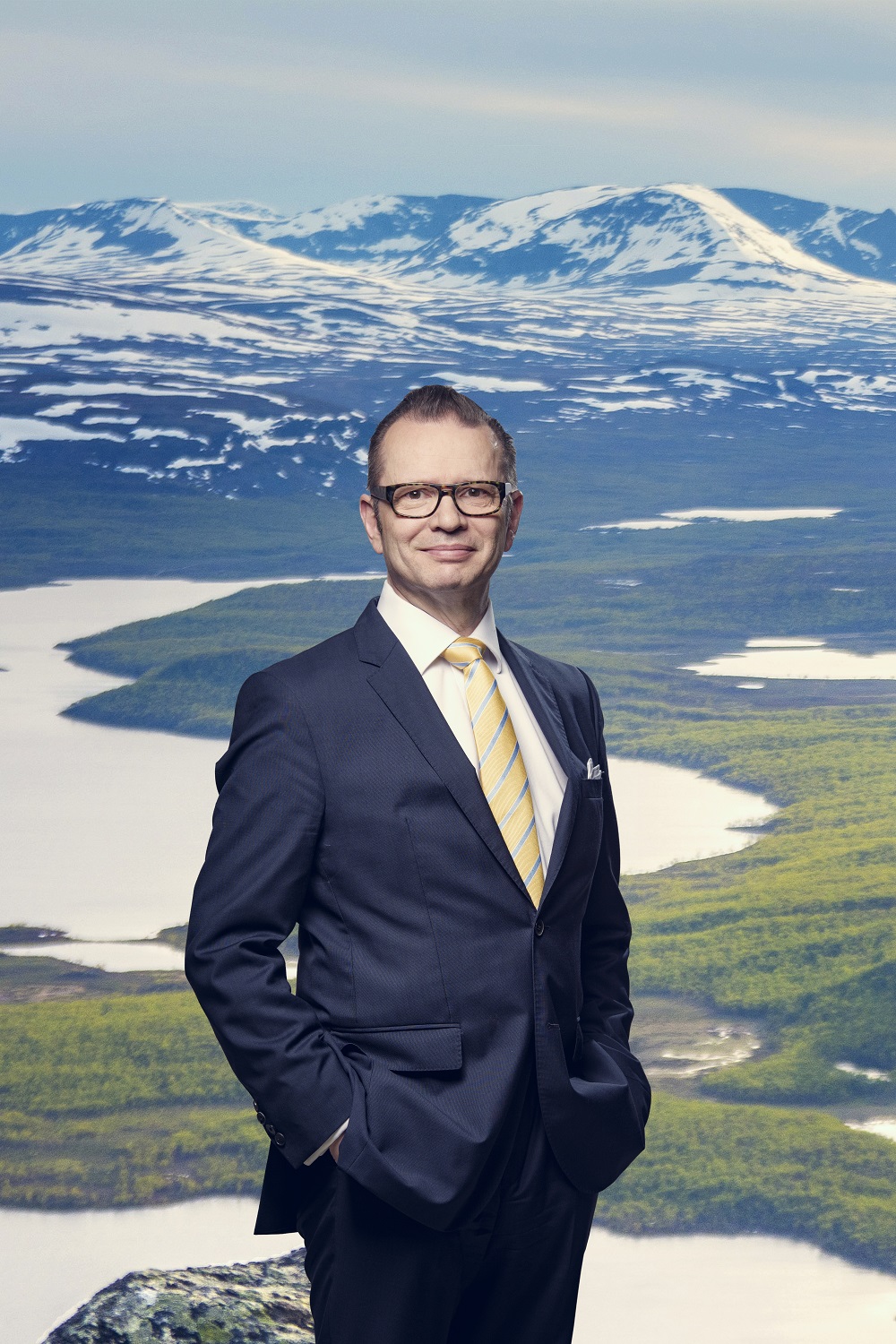 You are Finland’s representative to the Arctic Council. What does your work include?

Finland’s objectives in the Artic Council are threefold: we want to promote the continuity of Arctic cooperation; we want to reinforce the Council’s status; and we want to increase awareness of Finnish Arctic expertise. I always keep these three goals in mind when the Senior Arctic Officials meet to advance the Council’s work. The Senior Arctic Officials of the eight Arctic States and representatives of the six Permanent Participant organisations representing Arctic indigenous peoples meet two to three times a year and hold several telephone conferences.

Between meetings, my job is to prepare for the next meeting and negotiate, when necessary, with the representatives of the other Arctic States and the Permanent Participants.

In addition to my role as Finland’s representative to the Arctic Council, I also work as Senior Adviser for Arctic Affairs in the Finnish Ministry for Foreign Affairs. In the latter role, I prepare speeches, give lectures, maintain contacts with stakeholders and produce background material for the central government and business and industry. I also deputise for Finland’s Ambassador for Arctic Affairs.

You started in the Foreign Ministry’s Arctic team four years ago. How do you think Finland's Chairmanship has started?

The main themes of Finland’s Chairmanship, climate change and sustainable development, have been well received. The fact is that climate change has a significant impact on the environment and the living conditions of people and animals in the Arctic Region. For this reason Finland wants to keep climate change and the implementation of the Paris Agreement high on the Arctic Council’s agenda.

Finland’s other main theme is the UN sustainable development goals set in the Agenda 2030. These goals are global and affect also the Artic Region. Finland has proposed that research be conducted to discover how Arctic cooperation could promote the Agenda 2030 goals.

Naturally we are also promoting our national priorities, which are environmental protection, connectivity, meteorological cooperation and education.

The country holding the Chairmanship is also responsible for the general management of the Arctic Council’s work. At the moment the Foreign Ministry’s Arctic team is preparing the Council’s meetings in Helsinki, Oulu and Inari. The next Senior Arctic Officials’ meeting will take place in Oulu. We are expecting nearly two hundred participants representing the eight Arctic States, the six Permanent Participants and the tens of Observer States and organisations.

Although the meetings in Helsinki and Inari will be slightly smaller working group meetings, they still require the same amount of preparations as the bigger meetings. 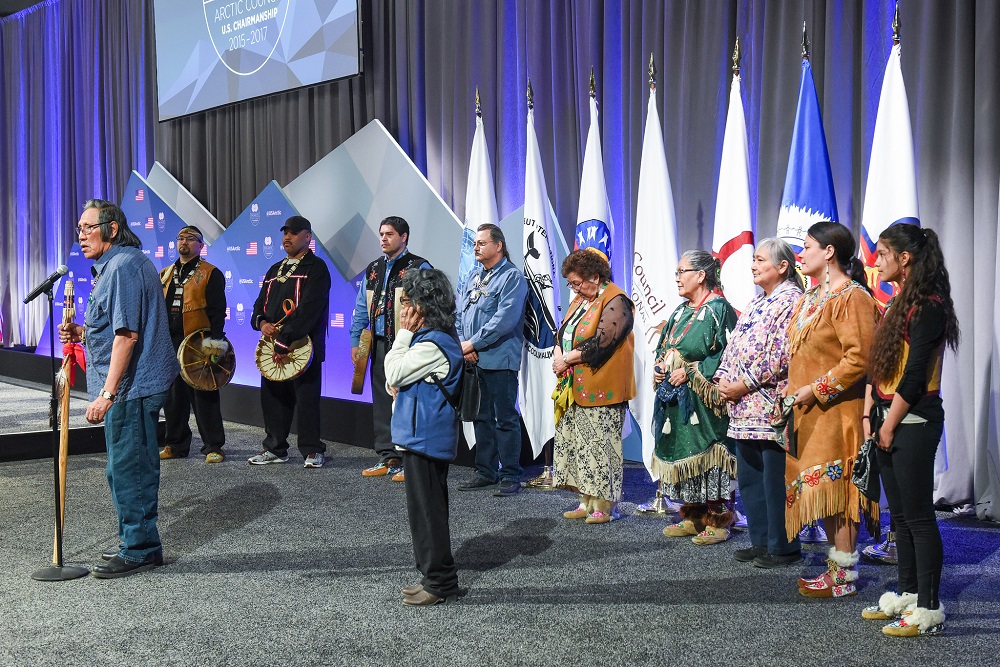 The number of observers was raised in the Ministerial Meeting in Fairbanks in May. How do you think it will benefit the Arctic Council?

Observers are important for the status of the Arctic Council. Without them, the Arctic Council would not be the most important forum for dealing with Arctic issues. Observers contribute their Arctic expertise and research resources to the Council’s work. Good examples include the World Wild Fund for Nature (WWF) which has world-renowned expertise in environmental issues and the World Meteorological Organisation whose observing stations can be used in the Arctic cooperation. Another good example is Switzerland, which was invited to join the group of Observers in May. It is a country with top standard Arctic research.

What are your personal expectations for Finland’s Chairmanship?

Finland’s Chairmanship will be seen and heard far and wide. It is a golden opportunity for Finland to strengthen our international position, not only among the Arctic States, but also among non-Arctic states that are looking to the north.

The Arctic region is developing into an important junction of the 2000s: the Arctic Ocean de facto links together the continents in the northern hemisphere. Finland must take the upper-hand in the development of the Arctic Region both in terms of environmental protection and economic development. I hope people around the world and here in Finland will stay interested in Finland’s Arctic policy even after our Chairmanship.

What is your most memorable Arctic experience?

It must be the time when Aleksi Härkönen, Finland’s Ambassador for Arctic Affairs, and I flew on a small propeller plane to visit the town of Nome on the west coast of Alaska, near the Bering Strait. On our way to the town we were greeted by a road sign saying Seppala Drive. It turned out that this Leonhard Seppälä had saved the town of Nome from a diphtheria epidemic by bringing the town a life-saving serum by dog sled in 1925. He is still a big name in Alaska and in the dog sledding community. Despite his surname, Seppälä was in fact Norwegian, but this of course didn’t put a damper on our pleasure in spotting a road sign with some Finnish on it.

In Nome we visited local businesses: we tasted red king crab, visited a sled dog kennel, and saw a muskox from our bus. I had never seen a muskox before, and there it was, just standing on the road shoulder, as our bus crept its way back to the town from the hills. The small airport in Nome didn’t have any x-ray equipment, so the security check officials opened each passenger’s luggage and went through them right in front of all the other passengers.