Ambassador Marja Lehto from the Ministry for Foreign Affairs was appointed Special Rapporteur of the UN International Law Commission (ILC) in 2017 and has continued the work started four years prior on defining the principles of environmental protection in armed conflicts.

This year, the ILC adopted on first reading 28 draft principles, which were discussed at the UN General Assembly on 30 October–5 November 2019.

“The ILC’s work has been framed so that it covers the entire lifecycle of conflict: before, during and after. This approach to the environmental damage caused by conflicts was met with strong support in the GA debate. The broad perspective has enabled the Commission to step outside the box and to raise new concrete issues that are not covered by the existing regulations.  At the same time, we have had to take into account not only international humanitarian law but also human rights law and environmental law,” says Lehto.

“The eight new draft principles presented this year received a largely positive assessment. Among other matters, they address the most common environmental problems in non-international armed conflicts, as well as questions of responsibility and liability.”

“The draft principles relative to situations of occupation were generally seen as necessary. Although the law of occupation mostly dates back to a time when there was no international regulation on environmental issues, it can be interpreted as imposing certain environmental obligations on the occupying power,” says Lehto.

At the same time, the Commission recognized that establishing State responsibility for conflict-related environmental damage may be difficult in practice. This is why the draft principles also address international cooperation: exchange of information, post-conflict environmental assessments, as well as relief and assistance that may be needed to remediate the environment after the conflict.

In addition to immediate destruction, armed conflicts also have long-term adverse impacts on soil, groundwater, ecosystems and biodiversity.  Armed conflicts leave behind unexploded ordnance, environmental toxins, abandoned and destroyed machinery and equipment, along with other waste. These issues are addressed in the draft principles on the presence of the armed forces in another country, peace operations, and remnants of war.

The link between natural resources and conflicts was widely recognised in the discussions, especially as a source of and factor in prolonged conflicts – the aggressor’s objective is not necessarily to control the area but to rob it of its natural resources.

“At the same time, the exploitation of natural resources is often a profitable business that can be linked to both multinational companies and organised crime. Illegal mining and logging have serious environmental impacts,” Lehto says.

The draft principles addressing the activities of companies operating in areas of armed conflict or post-conflict situations aim to prevent environmental and health damage and to hold such companies liable for the damage they cause.

Refugee flows have a significant impact on the environment

Non-international armed conflicts, in particular, lead to uncontrolled movements of populations. Massive displacement of populations causes not only great human suffering but also significant adverse environmental impacts that can be prevented through good planning of aid operations. The UN Refugee Agency (UNHCR) and the UN General Assembly on the Environment, among others, have drawn attention to this issue, and it is addressed in one of the draft principles.

How is the Commission’s work on protecting the environment in relation to armed conflicts progressing at the UN? 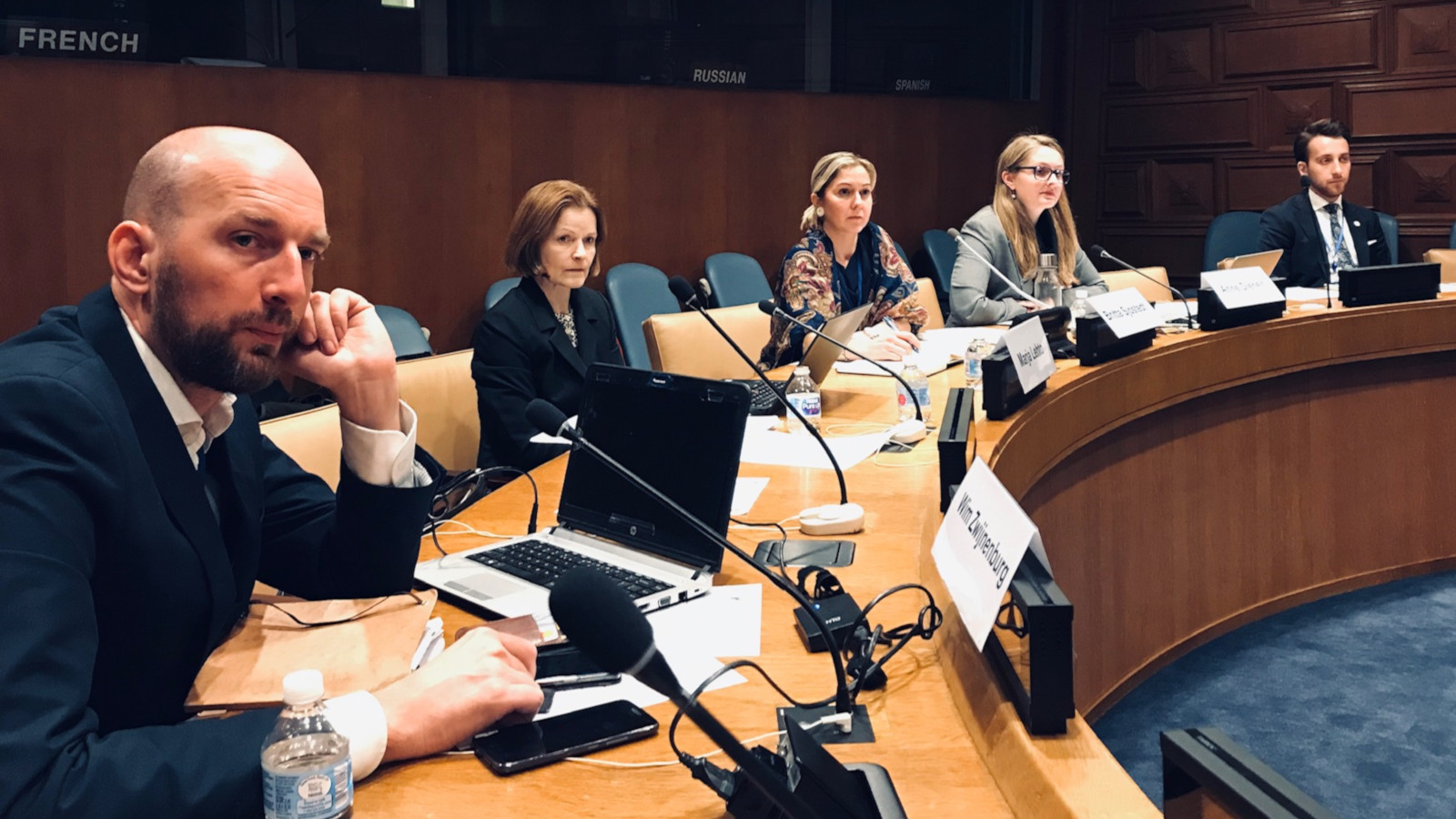