Finland is a Nordic country of 5,5 million inhabitants. The capital is Helsinki, located by the Gulf of Finland in southern Finland. Finland has three neighboring countries: Russia in the east, Sweden in the west and Norway in the north. Finland covers 338,440 km² (131,991 square miles). The distance between the northernmost and southernmost points is 1 157 kilometers.

Finland celebrated 100 years of independence in 2017. Finland is a republic and a parliamentary democracy. Finland became a member of the European Union in 1995. Finland’s currency is the Euro.

There are two two official languages: Finnish and Swedish. Finnish is spoken by 87,9 % of the population and Swedish by 5,2 %.

Finland and the Finns 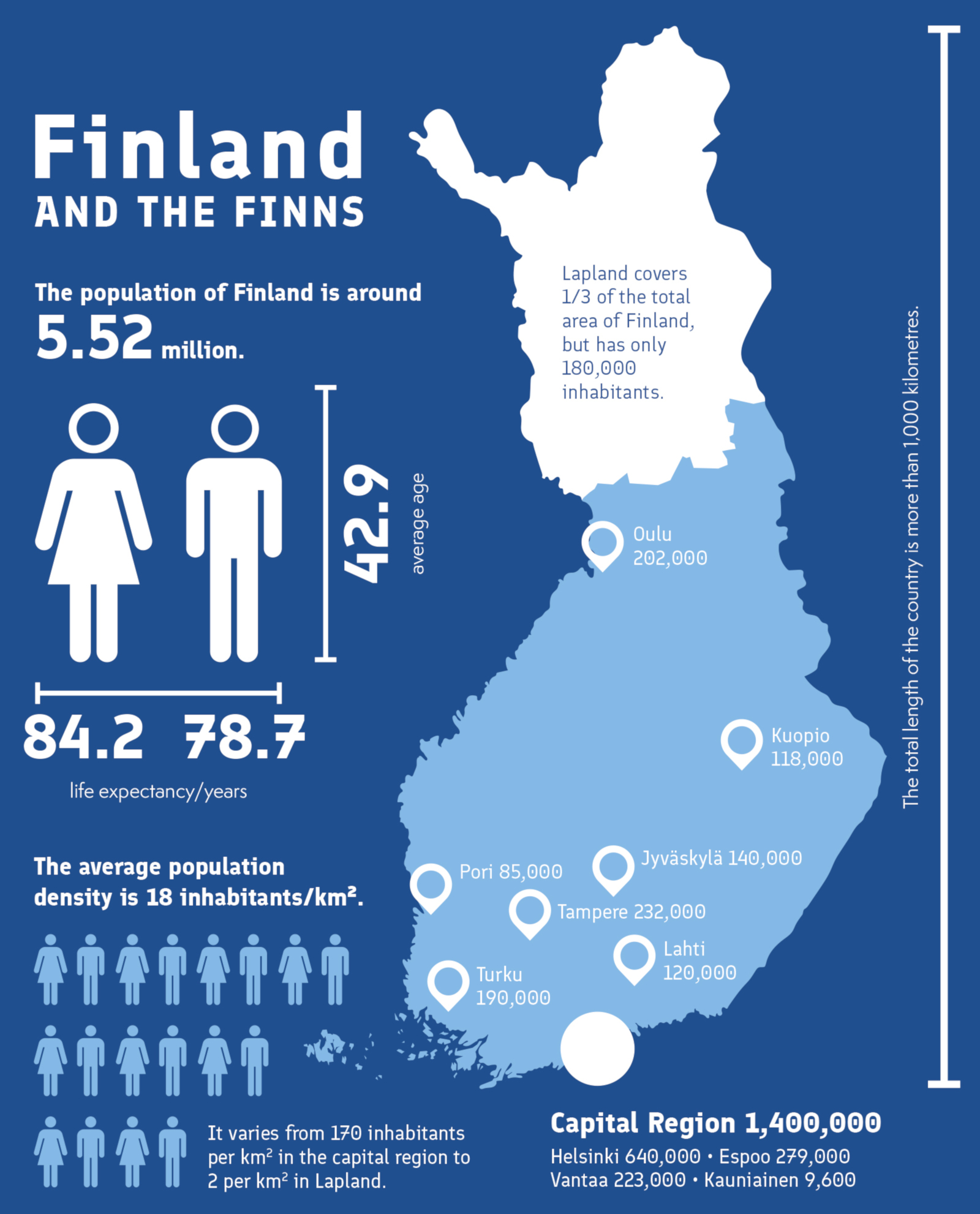 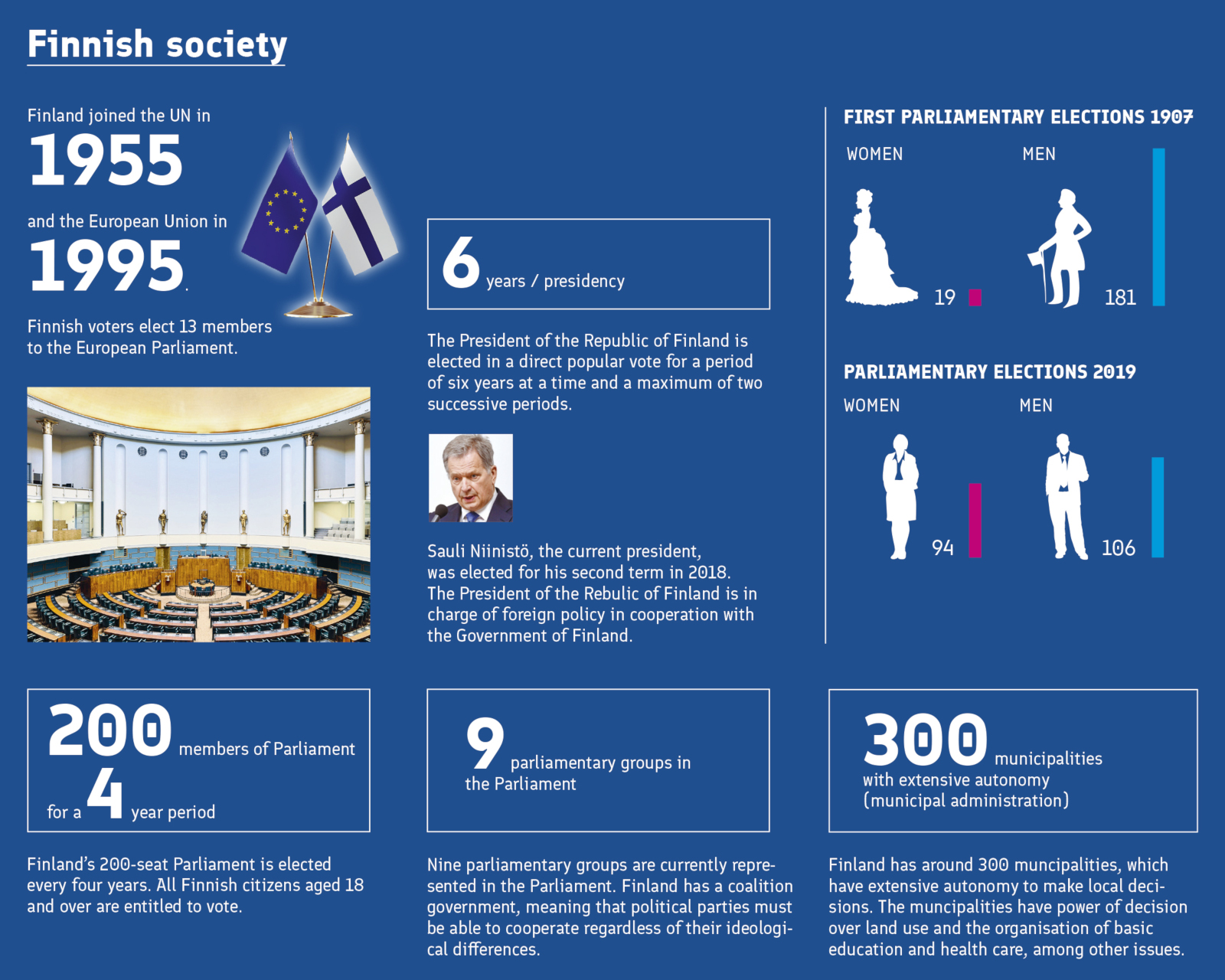 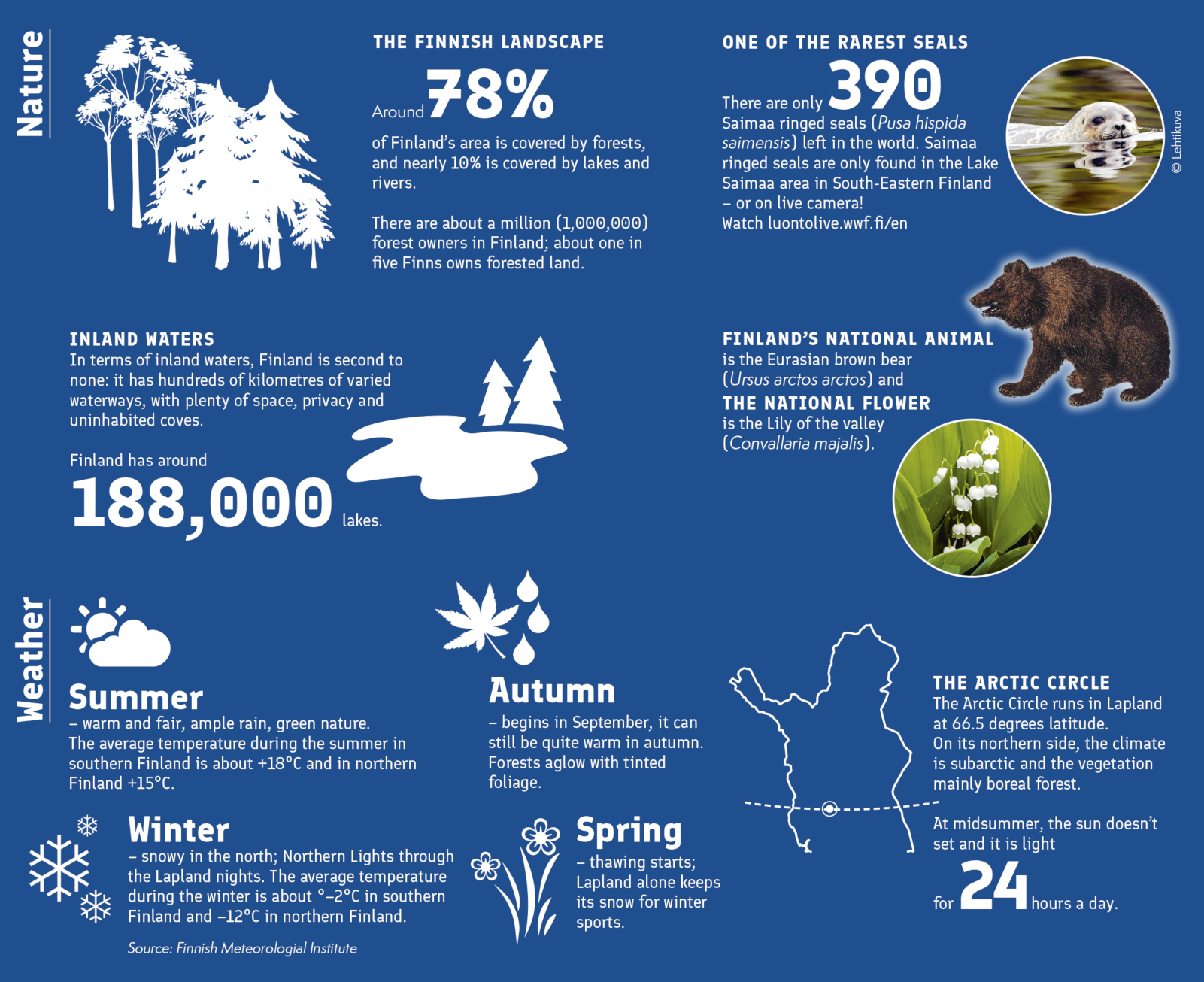