The 2020 Afghanistan Conference was a pledging conference, co-hosted by the Governments of Afghanistan and Finland with the United Nations, that took place 23–24 November 2020. 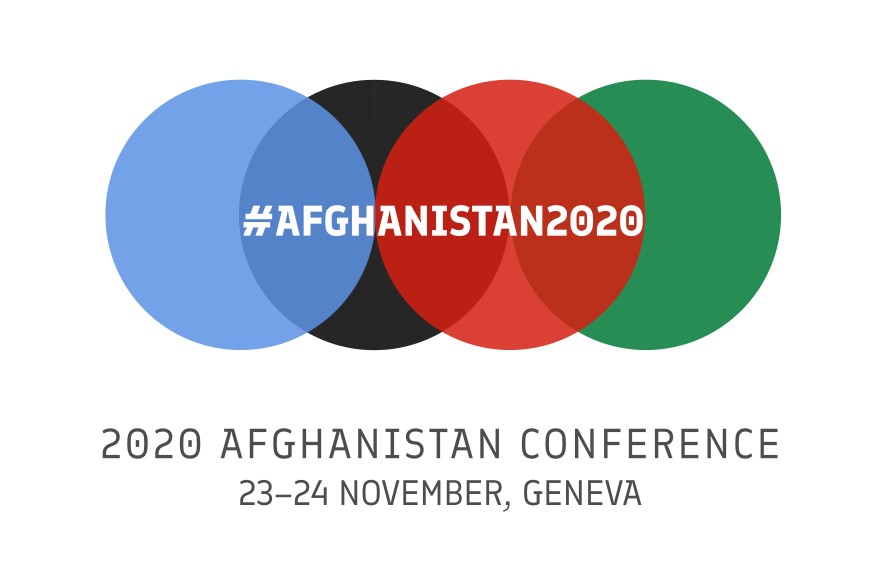 Due to the serious Covid-19 situation in Geneva and a lockdown of the city, the Conference took place virtually, while the technical arrangements and translation based at the Palais des Nations in Geneva. Remote participation was facilitated to delegates and the Conference was fully webcast and archived via UN Web TV. The Conference was translated into the six official languages of the UN: Arabic, Chinese, English, French, Russian and Spanish.

The Conference was a strong expression of the international community’s enduring commitment to Afghanistan for the critical period ahead up to 2024. Donors pledged at least US$ 3.3 billion for the first year of the upcoming quadrennial, with annual commitments expected to stay at the same level year-on-year.

Afghanistan and international partners committed to shared development objectives for 2021 – 2024, and adopted a communiqué calling for an end to the war and a durable peace, stability and prosperity.

The pledges were made as Afghanistan entered the final four-year cycle of its Transformation Decade.

The Government of the Islamic Republic of Afghanistan, supported by its international partners, reiterated its commitments to preserving and expanding on the economic, social, political and development gains that have been achieved since 2002. Democracy, human rights -including those of women, children and minorities- are fundamental issues to be protected and further developed.  Participants emphasized the need to address key challenges such as poverty reduction, institution building, good governance, anti-corruption and private sector development.

International partners welcomed the second version of the Afghanistan National Peace and Development Framework, which provides the Afghan government’s vision, strategy and plan for the next five years (2021-25). Afghanistan and the international community have entered a new phase of cooperation, as articulated in the Afghanistan Partnership Framework, marked by conditionality and enhanced joint review mechanisms to ensure results and impact for the people of Afghanistan.

The conference adopted a communiqué calling for an immediate, permanent and comprehensive ceasefire. Partners also called for a meaningful peace process with the participation of women and youth, as well as ethnic, religious and other minorities. The communique establishes a renewed partnership to strengthen a sovereign, unified, democratic and peaceful Afghanistan on its path towards prosperity and self-reliance for the benefit of all Afghans.

Around 70 countries and more than 30 international organizations, along with Afghan Government officials and civil society representatives participated in the 2020 Afghanistan Conference. The conference plenary took place on 24 November in a hybrid format using technology to connect participants from all over the world with only representatives of the three co-hosts who gathered in the UN Palais des Nations in Geneva, Switzerland.

The conference was fully webcast and archived via UN Web TV

The conference was co-chaired by:

Find information also on the websites of Finland’s co-hosts of the Conference:

The 2020 Afghanistan Conference logo was based on circles symbolizing unity and continuous commitment of Afghanistan and the international community towards a peaceful, prosperous, and self-reliant Afghanistan. It embodies a message of transformation that is sustainable and inclusive.

The three co-hosts of the conference, Afghanistan, the United Nations and Finland are all represented in the logo: borrowing green, red and black from the flag of Afghanistan and blue from the UN flag, and Finlandica as a font.

A key element of the logo is also the conference hashtag #Afghanistan2020.