Barents cooperation brings a regional and practical perspective to the broader Arctic cooperation.

The Barents Euro-Arctic Council (BEAC) was established at Norway’s initiative by the Kirkenes Declaration in 1993. The BEAC aims to promote stability and sustainable development in the Barents region, which covers the northern parts of Finland, Sweden, Norway and Russia.

Security policy matters and marine cooperation are not dealt with under Barents cooperation.

The Council’s two-year Chairmanship rotates between the four Barents countries, that is, Norway, Sweden, Finland and Russian Federation. Finland will assume the Chairmanship next in October 2021.

In between the BEAC Foreign Ministers’ Sessions, held every two years, the Council’s work is coordinated by the Committee of Senior Officials (CSO), which meets on a regular basis. 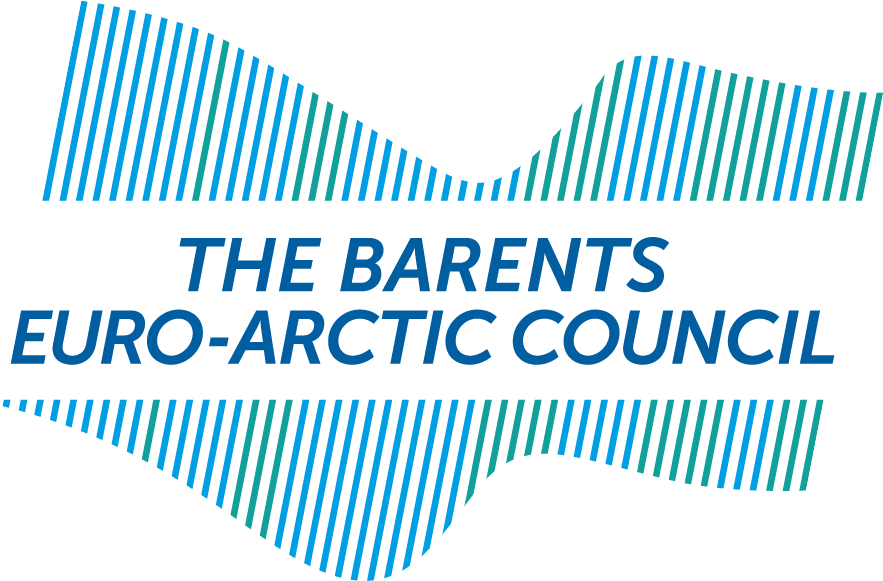 In its Barents cooperation, Finland emphasises continuity and the natural assets of the Barents region. In the coming years, this cooperation is expected to be influenced by the economic recovery following the coronavirus crisis, continued preparation for pandemics, and the urgency of actions required by climate change and sustainable development.

The United Nations 2030 Agenda and Sustainable Development Goals (SDGs) and the European Green Deal form the basic principles on which Finland builds its activity in the BEAC. The Northern Dimension together with its Partnerships also offers an additional channel for the promotion of Finland's goals in the Barents Euro-Arctic region.

The Barents Regional Council (BRC) was established to represent the regions also in 1993.

Its members are the following regions/counties or their equivalents: Lapland, North Ostrobothnia, Kainuu and North Karelia regions from Finland; Västerbotten and Norrbotten counties from Sweden; Finnmark, Troms, and Nordland counties from Norway; and the Karelia and Komi Republics, the Murmansk and Arkhangelsk Oblasts and the Nenets Autonomous Okrug from Russia.

The Joint Committee on Rescue Cooperation (JCRC) is and independent entity, operating based on the Agreement on Cooperation within the Field of Emergency Prevention, Preparedness and Response, signed in 2008.

The Working Group of Indigenous Peoples in the Barents Euro-Arctic Region (WGIP) consists or representatives of the Saami, Nenets and Veps people, and the group has an advisory role in all other Working Groups’ meetings.

The International Barents Secretariat (IBS), which was established in January 2008, is based in Kirkenes, Norway. The IBS serves both intergovernmental and regional Barents cooperation. 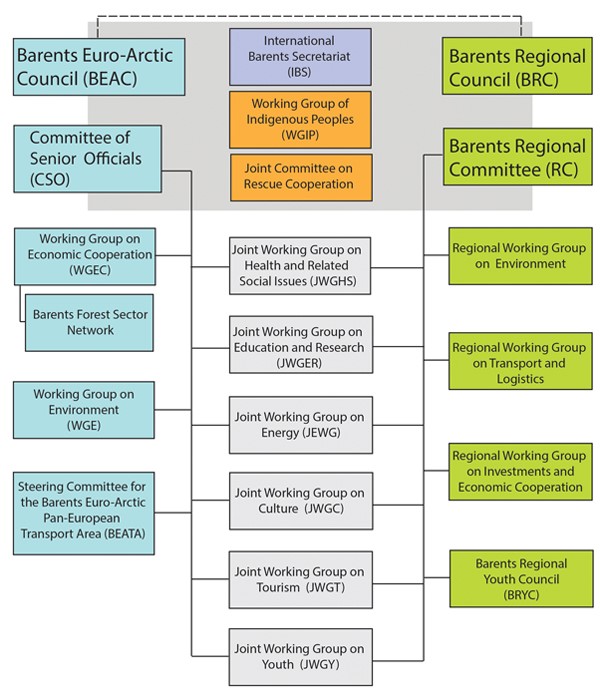